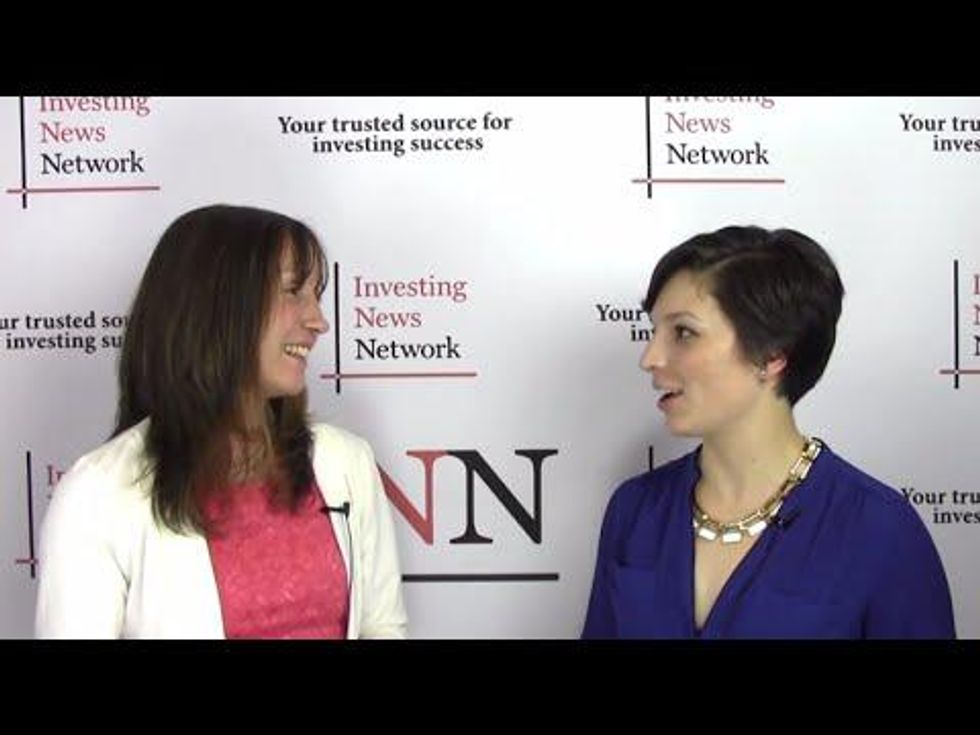 The Investing News Network spoke with Gwen Preston of Resource Maven at the recent Canadian Investor Conference in Vancouver. Formerly a senior writer at The Northern Miner, Preston started the Resource Maven Newsletter in late 2014.

The Investing News Network spoke with Gwen Preston of Resource Maven at the recent Canadian Investor Conference in Vancouver. Formerly a senior writer at The Northern Miner, Preston started the Resource Maven newsletter late in 2014.

It might seem counterintuitive to start a newsletter in a bear market, but for Preston, the timing made sense. “I saw an incredible opportunity and I want to be a more active participant in that,” she said, pointing out that money is made when investing at the bottom.

However, she’s still picky. “You still want to position very sensibly, very proactively,” she explained, “so you’re looking for the cream of the crop.”

Preston has a long list of points to keep in mind when assessing investments in the mining space, and while she’s often asked what’s most important, her answer is that there is no single factor; good investments need to check off all the boxes on her list.

Some of her points are fairly straightforward: safe jurisdiction, good management and a capex that makes sense if the project is closer to development. However, Preston also drew attention to factors that are more easily overlooked. “Metallurgy is very important,” she said, adding that a strong technical team and a plan for creating shareholder value, rather than a plan to simply keep drilling or to “make the deposit bigger,” are also important for her.

She also spoke about factors that are important to look for when investing in producers, such as good cost structure and a good production profile. “In this market we all have an opportunity to position ourselves in some of the big boys,” she said.

One thing that sets the Maven newsletter apart is Preston’s risk management strategy, which involves “locking in gains” by selling portions of a stock once it reaches a certain level of upside. “Buying is only half of the equation. Arguably, the more important half is selling,” she said. “Why not pick up some of the money that’s been put down?”

Preston explained how her strategy works, giving an example involving IAMGOLD (TSX:IMG) from earlier this year, and also stated that she’s getting “a lot of positive feedback” from her subscribers. In terms of companies in her portfolio, Preston admitted that “nobody likes it when you say ‘sell.’” That said, given the context of the market and the active relationships Preston has with the companies she covers, “in general, they understand” her strategy.

The last stock that Preston bought was B2Gold (TSX:BTO), which she said has spent the bear market developing new production, unlike many other gold producers. Among other positive points on B2, Preston mentioned that the company’s low-cost mine in Namibia is just getting underway. “The cost structure there is phenomenal,” she said,”I think it’s one of those really good examples of what you can acquire right now.”

Watch the video above for more of what the Preston had to say.

Highlights from the 2015 Metals Investor Forum