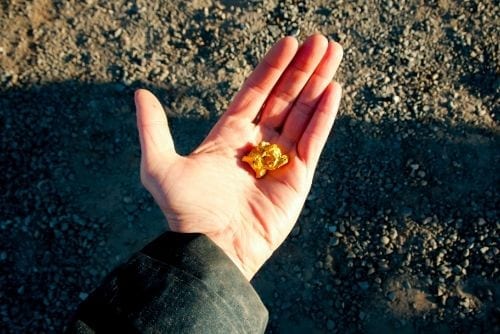 What are greenstone belts and why are they important for gold-focused mining and exploration companies? Learn the answers here.

Greenstone belts host economic deposits of many minerals, including silver, copper and zinc, but they are best known for holding gold.

Archaean-age greenstone belts in particular tend to host rich gold deposits. One example is Canada’s Abitibi greenstone belt, which is home to a slew of gold mines.

Unsurprisingly, many gold exploration and mining companies are interested in operating on greenstone belts. Below we run through how these geological formations are created, where major greenstone belts can be found and which greenstone belts could have future potential. Read on to learn more.

How are greenstone belts formed?

Greenstone belts can be described as “exposed packages of ancient volcanic and sedimentary rocks that have been metamorphosed over millions of years.” In other words, they are areas of very old rock that have undergone heat and pressure and have eventually been pushed up toward the surface.

Contrasting models have been proposed to explain the formation of greenstone belts, with the differences between them centering on ideas about plate tectonics. Here’s a brief explanation of the two main camps:

However they may be formed, greenstone belts certainly undergo metamorphism, and it is this process that gives them their green color. The low-grade heat that is present when greenstone belts are created results in collections of mostly green minerals, including chlorite, muscovite, albite and epidote.

But where does the gold come from? It is thought that ore-forming fluids may “come from intruded granites or the dehydration of the rocks themselves as they are being metamorphosed.” The fluids redistribute gold along shear zones toward the surface of the Earth. Then, ore deposition occurs when metamorphic fluids mix with water from the surface and drop their gold.

Greenstone belts are found in many parts of the world. As mentioned, Canada’s Abitibi greenstone belt is one well-known example. The Yilgarn craton in Australia is another; both are discussed below.

The Abitibi greenstone belt (AGB) is approximately 2,800 million years old and spans the Ontario-Quebec border, with close to one third on the belt in Ontario and the remaining two-thirds in Quebec. The Abitibi is made up mostly of volcanic rocks and is one of the world’s largest Archean greenstone belts which is one of the four geologic eons of earth history, occurring approximately 4,000 million years ago.

The majority of the richest deposits in the AGB can be found along two major shear zones: the Porcupine Destor Deformation zone and the Cadillac-Larder Lake Deformation zone, with the first gold discovery taking place in 1917 at the present-day Holt-McDermott asset. AGB also hosts Canada’s largest gold mine, the Malartic, which is expected to produce over 500,000 ounces of gold per year until 2028.

AGB is home to a variety of other major mines as well, producing well over 160 million ounces of gold to date. Big companies working in the area include Newmont Goldcorp (TSX:NGT,NYSE:NEM), Agnico Eagle Mines (TSX:AEM,NYSE:AEM) and Yamana Gold (TSX:YRI,NYSE:AUY). Exploration is still underway in the area today and will most likely be discovered through the use of modern geophysical and geochemical techniques developed in order to see through the thick glacial sediments which covers the surface of the AGB.

The Yilgarn craton, Australia’s premier mineral province, receives more than half of Australia’s mineral exploration expenditure, while accounting for two-thirds of all gold production and most nickel production in the country. Yilgaron also encompasses the bulk of the Western Australian land mass and is one of the distinct physiographic provinces of the West Australian Shield physiographic division, which includes the Stirling-Mount Barren Block, Darling Hills, and Recherche Shelf sections.

The craton contains approximately 30 percent of the world’s known gold reserves, with major gold deposits occurring at Kalgoorlie, Kambalda, Mount Magnet, Boddington, Laverton and Wiluna assets. Yilgarn is close to 4 kilometers (km) long, 1.5 km wide and 500 metres deep, with production rates of up to 800,000 ounces of gold per year. In addition to the Golden Mile deposits around Kalgoorlie, significant gold deposits in the Yilgarn include: Mount Charlotte, Norseman, Sunrise Dam, Sons of Gwalia, St Ives-Kambalda, Tarmoola, Wallaby and Wiluna.

Where could the next big greenstone belt be?

Many greenstone belts are home to significant gold deposits, but are there more to be found in the future? Geology for Investors notes that experts say there’s additional uncharted terrain to be explored, and more greenstone belts to be found. Africa is one place that could have potential.

Where do you think we’ll find the next big greenstone belt? Share your opinion in the comments below.

Want an overview of investing in gold stocks? Check An Overview of Gold Stocks and Price.

This is an updated version of an article first published by the Investing News Network in 2011.