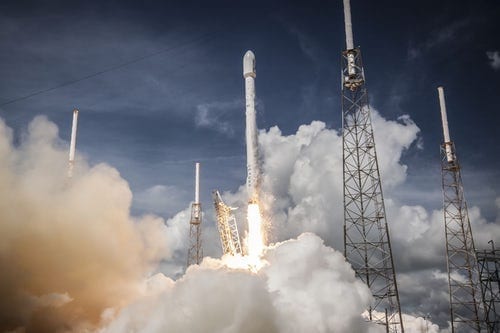 Great Bear Resources climbed over 20 percent after reporting 1,602.73 g/t gold over 0.7 meters at the Hinge zone of its Dixie project.

Shares of Great Bear Resources (TSXV:GBR) rose over 20 percent on Wednesday (January 16) after the company reported impressive drill results at its Dixie project.

The program at the asset is focused on the Hinge zone and the South Limb zone, with results including 1,602.73 grams per tonne (g/t) gold over 0.7 meters (approximate true width) at 150 meters vertical depth. Dixie is located in the Red Lake District of Ontario.

“Our Hinge and South Limb Zone are part of a continuous gold vein system which is interpreted to extend along 300 metres in strike length and has been drill tested to a depth of 212 metres,” said Chris Taylor, president and CEO of Great Bear.

“The zone remains open in all directions and occurs immediately south of a regional east-west trending D2 fold hinge and associated structures which extends for approximately 10 kilometres into undrilled areas,” he added in Wednesday’s release.

Hinge zone hole DHZ-014 intersected a 10.1-meter-wide vein zone, and visible gold was was observed at both its upper and lower contacts. The vein zone is part of the larger Hinge/South Limb vein system, which parallels an ultramafic unit and deep-seated fault at the center of the Dixie gold system.

The miner also drilled at Hinge zone hole DHZ-014 in order to test its 3D vein model, which was able to predict that veining would be present within 15 meters of the actual intercept.

Great Bear noted that of the 19 drill holes completed in December 2018, eight intersected intervals of greater than 15 g/t gold.

This is not the first time that the company has experienced a significant share price increase following drill results from its Dixie project. On August 22 of last year, the miner closed the day up 63.89 percent after reporting a new high-grade gold discovery at the Hinge zone.

“Our first hole, DHZ-003, encountered a wide interval of quartz veining with visible gold and we immediately followed up with a second hole, DHZ-004, which also hit the zone and encountered even stronger grades,” R. Bob Singh, director and vice president, exploration, said at the time.

Later that same month, the company announced that Rob McEwen would be purchasing C$4.8 million of Great Bear’s C$10-million private placement deal. Additionally, McEwen Mining (TSX:MUX,NYSE:MUX) agreed to purchase C$1.2 million of the financing for a total of C$6 million.

“I’m excited to join the Great Bear team in the development of what I believe could be a significant new gold discovery in the Red Lake camp. Their technical work is excellent and I’m delighted to join forces with them to further unlock, once again, the riches of the world-class Red Lake gold camp,” McEwen commented at the time.

The company’s performance in 2018 pushed it up over 550 percent for the period, putting on the Investing News Network’s list of top junior gold stocks of the year.

Great Bear is in the midst of a fully funded 30,000-meter drill program encompassing roughly 150 drill holes. The program is expected to continue through 2019 and 2020. A second drill rig will be added to the project in early 2019 to accelerate this work.