ABC News reported two hot stories developing in the gold coin biz this week including the launch of an investigation by California authorities into Glenn Beck-backed Goldline International and a lesser known dealer, Superior Gold Group, and outrage amongst gold coin sellers over a new tax law amendment that includes coin and bullion transactions. 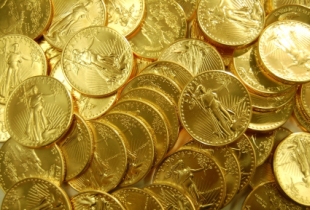 ABC News reported two hot stories developing in the gold coin biz this week including the launch of an investigation by California authorities into Glenn Beck-backed Goldline International and a lesser known dealer, Superior Gold Group, and outrage amongst gold coin sellers over a new tax law amendment that includes coin and bullion transactions.

The new law tax law was slipped into the recently passed Patient Protection and Affordable Care Act as a way to help pay the bill. “Those already outraged by the president’s health care legislation now have a new bone of contention — a scarcely noticed tack-on provision to the law that puts gold coin buyers and sellers under closer government scrutiny,” wrote ABC’s Rich Blake Wednesday.

Section 9006 of the new health care legislation is intended to expand the scope of Form 1099, which is currently used to report miscellaneous income of independent contractors and the self-employed. Beginning at the first of the year 2012, the forms will also be used by the IRS to track purchases of all goods and services by small businesses and self-employed people that exceed $600 during a calendar year, including coins and bullion.

Under the new law, every time a dealer buys more than $600 of coins or bullion off a non-dealer, they will have to report that transaction to the government.

Blake reports that Rep. Daniel Lungren (R-CA) is working to repeal the tax law. “Large corporations have whole divisions to handle such transaction paperwork but for a small business, which doesn’t have the manpower, this is yet another brick on their back,” said Lungren. “Everyone agrees that small businesses are job creators and the engine which drives the American economy. I am dumfounded that this Administration is doing all it can to make it more difficult for businesses to succeed rather than doing all it can to help them grow.”

Goldline, founded in 1960, first garnered media attention back in May when Congressman Anthony Weiner (D-NY) held a press conference to call the gold dealer out on what he considered misleading advertising and sales practices. His office also released a report and called for the Federal Trade Commission and the SEC to investigate the company.

Weiner also called out Goldline spokesman and FOX News personality Glenn Beck, labelling his relationship with the dealer an “unholy alliance.” Beck has been one of the company’s biggest promoters, working hard to convince his followers that Goldline is company worthy of their trust: “The people that I trust are the people at Goldline. And you can talk to the people on the phone. They’re not going to pressure you. If it’s the right thing for you and your family and you want some insurance, trust the people at Goldline.”

What’s at issue, according to investigators, is Goldline’s sales tactics, which allegedly are very aggressive in steering customers away from pure gold and towards gold coins instead.

“There are two main types of complaints we’re seeing,” Adam Radinsky of the Santa Monica City Attorney’s office, told ABC. “One is that customers say that they were lied to and misled in entering into their purchases of gold coins. And the other group is saying that they received something different from what they had ordered.”

Some of Glenn Beck’s anti-government rhetoric (what some would call fear-mongering), has been linked to Goldline’s pitch. Both Beck and Goldline’s salespeople of have claimed collectible gold coins, like those sold by the Los Angeles-based dealer, are the only form of gold protected if the government decides to confiscate US citizen’s gold holdings, which Beck point out happened during Franklin D Roosevelt’s presidency in 1933.

Under Executive Order 6102, FDR’s administration sought to stabilize the economy by centralizing gold holdings. Citizens were paid $20.67 per troy ounce for their gold, and only one person was actually prosecuted under the order for failure to submit holdings.  Beck’s argument is that as the US is now plagued by the Great Recession, the Obama administration may pull an FDR and take all your gold. However, what he fails to mention is during that period the US dollar was still tied to the price of gold under the gold standard, which was ultimately abandoned under Nixon. Hence, what would be the need to confiscate everyone’s gold now? I’m sure my gold bug friends will explain it to me.

A bigger issue is the claim that the so-called collectible coins Goldline sells are not worth what buyers are paying. ABC interviewed several complaining customers who said they felt bamboozled. One such complainant, Joe Kismartin, says he lost nearly half of the $5,000 he paid for Goldline’s coins after a salesman talked him into purchasing them instead of the gold bullion he really wanted.

“I wanted to go bullion, I didn’t want coins,” said Kismartin. “I told the gentleman I don’t want coins. He said I got the deal here, the special deal, I got Swiss coins. He more or less talked me into buying the coins.”

In its defense, Goldline wrote a letter to ABC News on Sunday, citing its stellar rating with the Better Business Bureau (BBB) as proof positive the company is not just hawking junk with BS sales pitches:

First and foremost, it is important to understand that it is in our best interest to maintain customer satisfaction and trust. Indeed, we believe that our success for the past 50 years and our A+ Better Business Bureau rating reflect this understanding and commitment. We are committed to customer service and when we learn that customers have not received the experience they deserve, we investigate and take action. If your report raises customers’ issues or problems, we will act to address their concerns. Goldline has an A+ rating from perhaps the most trusted consumer organization, the Better Business Bureau.

Beck and Goldline have repeatedly used the company’s standing with the BBB to wave aside the allegations. But, as many an investigative reporter has pointed out in the past, the rating system used by the Bureau is based on who has paid a fee to join and who hasn’t.

As Jimmie Rivers of BBB Roundup has shown, anyone can sign up a fake company, pay the $425 fee and get an “A-” rating as Hamas did after Rivers paid to registered it as a group offering “educational services to troubled youth.” After reports surfaced on the terrorist group’s “accredited business” status, the listing mysteriously disappeared from BBB’s Web page.

River’s also signed up another fake company, Moores Sushi, which garned an “A-“ rating, while not-listed Starbucks gets an “F.”

So, sorry Goldline, but an “A+” rating from the BSBB, I mean the BBB doesn’t prove squat.

Whether or not Goldline is really guilty of the shady business practices it’s been charged with will eventually come out in the wash, and the investigation will be interesting to follow.

Nevertheless, whether you’re considering putting your money into mining stocks, ETFs or gold coins, I believe this is a prime example for why practicing due diligence in your investment decisions is so important!