Several factors are influencing the gold market and stirring debate between the bear and bull camps including the euro-gold trade, China’s stance toward gold reserves, Central Bank buying (and now selling!), and physical demand. 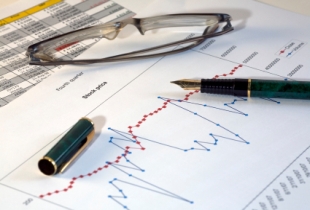 Near the end of last week, gold, along with most US equities and other commodities, took a hit from poor economic data: The Institute for Supply Management index dropped 3.5 percentage points to 56.2 percent in June, its lowest level since December; the US Labor Department reported that the number of first-time unemployment benefit claims jumped unexpectedly by 13,000 in one week to 472,000; and The National Association of Realtors reported new sales contracts on existing homes fell 30 percent in May. China reported some not so welcome economic data showing growth in manufacturing activity slowed in June.

This week, gold prices have fought to stay above the $1200 level, falling to a six-week low Wednesday near $1185 an ounce after an equities rally killed demand for precious metals. However, prices reversed course later in the day on fresh bargain buying to close at $1203.20 an ounce.

Thursday in New York, gold futures began falling as a more optimistic economic outlook started to take over the markets, decreasing the demand for safe haven assets like precious metals. Instead, investors turned their sights on equities and oil after the US Labor Department and top US retail chains released reports that helped boost confidence in economic recovery. Gold prices cut as low as $1186.50 an ounce before reversing coarse mid-day to close at $1199.50 an ounce on the COMEX.

Several factors are influencing the gold market and stirring debate between the bear and bull camps including the euro-gold trade, China’s stance toward gold reserves, Central Bank buying (and now selling!), and physical demand.

Over recent months, gold’s value in relation to the euro has overshadowed the traditional dollar-gold dance investors are use to with gold hitting highs despite a stronger dollar. But now that some of the built-up fear of sovereign debt issues in the euro zone is abating, interest in safe haven gold is receding as well. “What you are seeing is this unwinding of the euro-gold trade,” said Walter de Wet, analyst at Standard Bank.

Many a gold bug has salivated over internet rumors that China’s State Administration for Foreign Exchange (SAFE) is hot for gold and looking to make the precious metal a primary investment vehicle for its reserves.

But, once again, China is breaking hearts and dashing dreams. This week, a SAFE official reiterated that China will not be trading its dollar or euro foreign exchange reserve holdings for the yellow metal.  And the news had a sobering impact on gold prices.

“SAFE also said gold bullion won’t make a big portion of it forex reserves in future because supply is limited and bullion doesn’t have a very good track record on a risk-to-reward basis over the past 30 years. ‘Gold has an inflation protection feature, but many other assets have this feature,’ the group said,” reports MarketWatch.

Amongst governments, China is currently the sixth-largest gold holder with 1,054.1 metric tons, which constitutes nearly 1.6 percent of its foreign reserves.

In the past six years, China has increased its holdings by 454 tons, and adding further resources to its vaults is not out of the question. But, for now the Asian nation is more attracted to Japanese government bonds, which the International Business Times reports China has been purchasing “with their wallets open in recent months to diversify away from the already overweight position in US dollar debt.”

Remember all those reports of central banks around the world increasing their gold reserves in 2009? Well, it seems those banks have used their gold holdings for exactly what they were intended: raising much needed cash.

Reports are circulating that central and commercial banks sold their gold, as much as 349 tonnes since December of 2009, to the Bank of International Settlements raising about $14 billion in cash!

Gold is seeing some support from physical buying as prices dip below $1200 an ounce, especially in India, Indonesia and Thailand. India has several religious festivals on the calendar for August and September, and jewelers are stocking up. However, recent high prices have also inundated the market with scrap gold, which may lessen the impact of Indian demand on prices.

Gold prices are likely to remain under pressure in the short-term as the market struggles to find support for higher prices. A bearish tone can be heard amongst the din of analyst chatter.

“I just feel that we could be near the top of the range for gold,” remarks Credit Agricole analyst Robin Bhar. “Maybe there are factors that will help support it, but I don’t think you’ve got the fear factor any more.”

Andrey Kryuchenkov, an analyst at VTB Capital, says the precious metal “is looking increasingly bearish and we could see even more technical selling and profit-taking.”

Mr. de Wet is keeping close tabs on the euro zone for cues to gold’s direction. “If the depreciation of the euro is over a number of months, we believe any negative impact on precious metal prices would be small. However, should the euro depreciate in a fast and disorderly fashion we believe even gold will experience short-term liquidation.”

True optimism comes from the metal consultant firm GFMS, which this week announced its still holding to previous forecasts calling for $1300 an ounce gold by the end of 2010.

“Even though progress is dependent on yet higher inflows from investors, economic conditions still seem to favour such growth in investment over the balance of this year and, indeed, they probably will continue to do so well into 2011,” said GFMS Chairman Philip Klapwijk.