Stocks also rose, with Roxgold, IAMGOLD and Richmont Mines being a few that led the way. 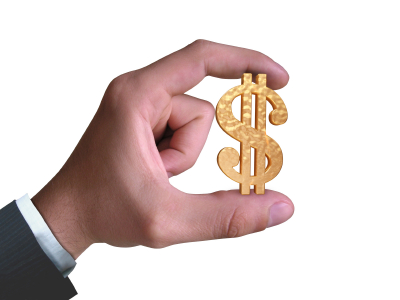 About this time last week, gold had just broken the $1,200-per-ounce mark, with many market watchers pointing to oil‘s poor performance as one of the factors contributing to its upward momentum.

Some are again identifying oil’s poor price action as partially responsible for gold’s climb — US crude oil was down 5 percent Monday afternoon at $45.90 a barrel, its lowest level since early 2009. Similarly, the North Sea benchmark was down 5.5 percent, at $47.36 a barrel.

Underscoring the fuel’s poor plight, Reuters said earlier in the day that Goldman Sachs (NYSE:GS) has dramatically cut its 2015 forecast for Brent crude to $50.40 per barrel from $83.75. It’s reduced its price outlook for West Texas Intermediate crude to $47.15 per barrel from $73.75.

In terms of what that has to do with gold, the consensus seems to be that the slump in global markets created by the falling oil price has increased investor demand for safe-haven assets like gold.

That said, oil isn’t the only factor currently influencing gold. According to Bloomberg, speculation that the US Federal Reserve will keep interest rates low “for a considerable time” is adding fuel to its fire. December US employment figures released Friday also haven’t hurt — as iNVEZZ.com points out, an unexpected 0.2-percent drop in hourly wages overshadowed the addition of 252,000 jobs, pushing the dollar from a nine-year high and bolstering gold.

Further afield, concerns that Greece will break away from the euro following its January 25 election are also helping push up the gold price.

Unsurprisingly, gold’s positive performance has boosted gold stocks across a variety of exchanges. Here’s a look at five that were up fairly significantly at close of day Monday.