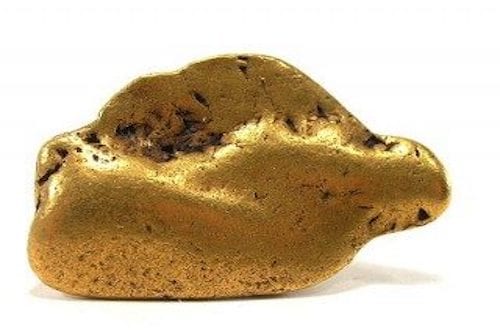 Gold mining in Cambodia is on the rise thanks to new government exploratory licenses. Learn more about the companies operating in the space.

With a long-standing history of artisanal mining, Cambodia has proven that it holds gold mines worth exploring.

The landmark license was said to be a new stage in the evolution of the mining industry in Cambodia. Read on for a breakdown of Cambodia’s place in the mining sector, in particular the gold space.

While Cambodia remains largely unexplored, Angkor Resources (TSXV:ANK,OTC Pink:ANKOF) has made a name for itself as Cambodia’s premier Canadian mineral explorer and project generator with more than 30 prospects across five licenses covering a 983-square-kilometer land package, plus a recently granted oil and gas license for a 7,300-square-kilometer inland basin.

Since 2009, Angkor Resources (formerly Angkor gold) has been actively exploring its extensive holdings in Cambodia. Mapping and drilling completed to date show evidence of gold, copper, silver, molybdenum and other minerals across all five licenses.

Angkor has continued to boost mining in Cambodia, entering into over 10 deals to date on its properties with a total value of over US$23 million. These have included several multi-year earn-in exploration funding agreements with major international companies, such as the Japan Oil, Gas and Metals National Corporation (JOGMEC), Emerald Resources (ASX:EMR) and Hommy 5 Resources.

The company also has a sliding scale two percent to 7.5 percent net smelter return (NSR) with Mesco Gold on its Phum Syarung gold project, which is now permitted and has entered an advanced-stage of mining infrastructure construction.

Most recently, Angkor has stated that it will more than likely begin producing mineral resources — most of which will be gold — at its Cambodia mines within the next five years.

In addition to Angkor, Cambodia is home to the previously mentioned Indian-owned Mesco Gold. Mesco began its foray into Cambodian mineral exploration when it purchased Phum Syarung from Angkor in 2013. Three years after acquiring the asset, in search of Cambodian gold, the miner was granted the first commercial mining license in the Kingdom for Phum Syarung.

The company had hoped to begin extracting gold in 2019, but will more than likely be in pursuit of the yellow metal sometime in 2020.

Gold mining in Cambodia: Beyond Angkor and Mesco

While Angkor is the only North American publicly traded mining company currently operating in Cambodia, several Australian gold exploration companies also have projects in the Southeast Asian country. GeoPacific Resources (ASX:GPR) has been exploring for copper and gold at the Kou Sa project in Phreah Vihear province since 2013.

The company has completed an initial resource estimate for Kou Sa in 2016 and economic studies indicate the potential for an open pit mining operation with a simple flotation plant to produce a copper-gold-silver concentrate.

The project benefits from low costs, impressive logistics and flat topography. The operating environment is highly cost-effective with hydro-electric, grid power and fibre optic cable running along the bitumen highway to the campsite, located within five kilometres of the proposed plant site.

Kou Sa’s initial resource was used to gauge the inventory of mineralization at two of the most advanced prospect areas, prospects 150 and 160. The majority of the resource is within 70 metres of surface with favourable, shallow dipping geometry.

Additionally, Emerald Resources (ASX:EMR) gained ownership of the Okvau and O’Chhung licenses when it acquired Renaissance Minerals. The licenses span 400 square kilometers in a prospective intrusive-related gold district and include the 1.13-million-ounce Okvau gold deposit.

In 2017, the company completed a definitive feasibility study (DFS) on the development of a 2.0 million tonnes per annum operation at its Okvau.

The DFS confirmed that the project held an initial operating life of mine (LOM) of over 7 years, producing approximately 106,000 ounces of gold per annum on average from a single open pit, with ore processed through a plant utilising a single stage crushing circuit and SAG mill, sulphide flotation, regrind mill followed by conventional cyanide leaching.

The asset has an initial Initial ore reserve of 14.3 million tonnes at 2.0 grams per tonne (g/t) gold for 907,000 ounces at an average all-in sustaining cost of US$731 per ounce over an initial 7 year LOM operating period.

Gold mining in Cambodia: The future

Cambodia has maintained more than two decades of strong economic growth. In 2016, the Southeast Asian country achieved 7-percent growth in GDP, making it one of the fastest-growing nations in the region. That growth is expected to remain strong throughout 2017 alongside falling poverty rates, according to the World Bank.

In June 2016, the World Bank’s International Development Association made a commitment to provide US$130 million in support of four projects, including road improvement and healthcare.

The World Bank’s International Finance Corporation is also increasing its support for the further development of Cambodia’s finance, trade and infrastructure sectors, meaning that the country could become more attractive for additional mining and exploration companies in the future.

According to Cambodia’s Phnom Penh Post, the country’s mining industry is expected to be viable from late this year at the commencement of the mine harvesting period.

“From 2019 to 2023, it is the period of harvesting. The collecting of government revenue [from the mining sector] will see a big jump which will contribute to increasing the national budget in order for us to allocate the necessary funds for public expenditure,” stated Saktheara.

“From now to 2023, what we will see is an increase in national revenue through the mining industry, which will accelerate the country’s GDP and increase investment inflow into the sector,” he added.

While revenue collection from the mining sector currently contributes about 2.5 per cent to the total national revenue, Saktheara noted that revenue will increase close to five per cent in 2020 before it gradually increases in the following years. It is expected to be more than 10 per cent after 2023.

“After 2023, we will able to see clearly how the mining industry can benefit the country as it will create a larger economic foundation, more job opportunities and more business,” he noted.

This is an updated version of an article first published by the Investing News Network in 2014.

Editorial Disclosure: Angkor Resources is a client of the Investing News Network. This article is not paid-for content.

2 responses to “Gold Mining in Cambodia”