Greater public awareness and increasing frustrations about the failure of gold to yield golden results for African communities shouldn’t be ignored. 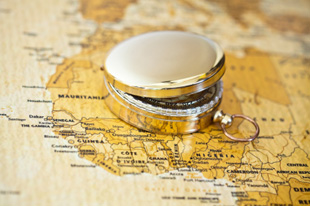 Gold mining in Africa is often justified by its benefits to Africans, including significant tax revenues, royalties and contributions to foreign currency reserves. Miners are inclined to highlight investments in healthcare, education and infrastructure. Furthermore, mining is also considered a means to help address unemployment. But, these benefits are being increasingly scrutinized.

By its nature, gold mining has effects on land, water, animals, and people. Citizens, governments, and the international community are becoming wiser to the negative impacts of this industry. They are also becoming more demanding of justice, transparency, and larger shares of the proceeds.

An African Trade Policy Center (ATCP) report showed that in 2008 Ghana’s mining sector provided only 20,000 jobs, representing just 5 percent of formal employment. It also argued that mining actually has negative net employment gains given the massive displacement of small miners and the abandonment of agriculture as a livelihood.

Mining companies are often granted rights to much more land than they use, requiring Africans to find new areas for their household and agricultural needs. Such moves are often not on amicable terms.

In the infamous Bulyanhulu case in Tanzania, the government and a Canadian mining company were accused of forcibly evicting 200,000 artisianal miners, peasant farmers, traders, and family members in addition to burying another 50 alive in pursuit of gold fields.

Other effects on African societies include migration prompted by insufficient water supply and waters rendered unfit by pollution. That  higher gold prices have resulted in miners exploiting lower grades and more difficult to access ores results  in more waste and higher energy consumption. Excessive demand on power grids has consequences including blackouts and, as is seen in South Africa, astounding rises in energy costs.

The need for community outreach

The industry’s biggest failure has been its refusal to take responsibility for the destruction it has wrecked on communities for the past 100 years, says a mining report by National Labor and Economic Development Institute in South Africa.

Furthermore, the Society for International Development says companies have a responsibility to help develop their host communities. However, the organization’s assessment of Tanzania’s mining industry highlights Africans’ frustrations with miners failure to do so.

It was reported in one instance that from 1999 to 2002, $17 million was donated but $12 million was spent on water and roads that critics say miners also needed for their operations. To aggravate matters, miners were accused of only repairing those that they used and of reducing donations after the construction of this shared infrastructure.

Mining is an industry that is seen as tilted in the favor of companies. Contracts are often negotiated in a back door fashion, plagued by corruption, lack of transparency, and terms that are unfavorable to the masses. The economic benefits of gold mining in Africa could be substantially improved if investments were made in value added production and off spring industries, but mining companies are doing little to achieve these goals in most communities.

Even the UN admitted that mining reforms implemented under the auspices of the IMF and World Bank were mainly focused on attracting foreign direct investment, but largely resulted in incentives for miners and inadequate compensation for the governments and their people.

The injustices and lack of benefits are increasingly apparent to African nationals. Their feelings of being cheated and mistreated are also more readily being confirmed by their leaders, NGOs, and other international organizations.

The ATCP has said some mining communities resort to legal and non-legal actions in their bid for self-determination and control of their resources. In fact, according to the ATCP, many of the wars in Africa during the 80s and 90s may be wholly or partly attributed to non-transparent and unequal mineral wealth distribution.

Gold miners in Africa and those considering entry should not ignore the changes in atmosphere and attitude among nationals. Given past issues, many of which have not been adequately addressed, and types of grievances that tend to emerge such as pay disparities between national and foreign workers, poor living conditions and unfair land access, it would be wise implement strong and thoughtful corporate social responsibility measures and to invest in community relations.

One response to “Gold Mining in Africa: The Need for Corporate Social Responsibility”