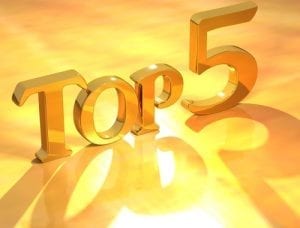 Experts share advice on the five top questions to ask before investing in a gold exploration company.

“In the general resource space, beware of frogs masquerading as princes because there are a lot of those.”
This quote from Mercenary Geologist Mickey Fulp is a good guiding principle for those evaluating the investment potential of an exploration-stage gold company.
Unfortunately, the game of mining stock speculation attracts many a charlatan, and mediocre plays that may never go anywhere are often right next to attractive resource companies with respectable value propositions. The difficulty becomes separating the wheat from the chaff.
Another mining investment expert, Rick Rule, describes successful investing in resource stocks as solving a fundamental riddle. “How do you anticipate exploration success before the financial community reacts to the success?” he asks in “A Guide To Resource Investing.”
Good question. Ever the contrarian, Rule has made a fortune by investing in undervalued resource companies when the retail crowd wouldn’t go near what they perceived as risky and foolish bets.
While no investment can be 100 percent de-risked, especially in exploration-stage mining, where there are no revenues and plenty of costs, there are a few lines of enquiry that savvy investors should pursue before plunking their hard-earned cash down on a gold junior — or any other resource company for that matter. We’ve picked five.

1. Who is on the management team?

If you were on the hiring board of a major company, would you give the job to somebody who had never done the functions asked for in the job description? Of course not. But surprisingly many investors do not bother to ask for a resume of the management team before shortlisting a junior as an investment candidate. Here, past successes are key. If the CEO and/or head geologist have discovered significant deposits, and even better, turned them into mines, there is a decent chance they could do it again.
“The easiest thing to look at is the track record. Have they had success in the past?” says Ryan Walker, mining analyst with Echelon Wealth Partners. “It doesn’t guarantee success in the future, but it sure is nice to have a couple of wins under your belt.”
Favor management teams working in the same sector as their previous successes. As Rule points out, “if the team cut its teeth strip-mining oxide gold deposits in Nevada, it may break those teeth on an underground silver, lead, zinc sulfide deposit in Peru.”
It’s also important to know the intentions of the management and board. Do they plan to sell their project to a bigger mining company with the technical expertise to turn it into a mine? Or are they explorers hoping to be miners without the requisite experience to make that happen?
Another critical question is share ownership. Do the managers and directors own a significant number of shares versus the “float,” or the outstanding shares owned by retail investors? Another way to put this is: how much skin do they have in the game? Coming up with a rule of thumb is tough, but Fulp thinks 50 percent of a company’s outstanding shares should be in the public float — which shows both management commitment and is enough to generate a volume of shares traded that can cause the stock price and market cap to substantially increase.

2. Where is the property?

Like real estate investing, when purchasing shares in mining companies a good rule of thumb is location, location, location. “If you have two similar deposits in terms of grade and tonnage, but one is located in Quebec, for example, and the other is in a Central African country, then in my opinion the deposit in Quebec should have a higher valuation. This is due to geopolitical intangibles, such as the threat of expropriation and political instability,” says Chris Berry, founder of House Mountain Partners. Indeed, the history of mining is littered with stories of mining permits being suddenly canceled by unscrupulous or cash-poor governments tempted to use mining properties as an ATM.
Fulp takes the notion of jurisdiction even further by refusing to consider projects in countries where the political situation is considered risky. He gives recent examples such as Tanzania, the Democratic Republic of Congo, Guatemala and even South Africa, which has proposed new black empowerment rules, as countries he would steer away from. “I am very cautious when it comes to geopolitical risk. And as a result, I tend to only play, if you will, in countries that I consider to be stable with a great understanding of the rule of law and with no ability to change the rules in the middle of the game.”
Another criterion related to location is the deposit’s proximity to other mines. The old mining adage, “to find a mine look near a mine” certainly holds in regions like the Abitibi Gold Belt in Eastern Canada and the Carlin Trend in Nevada. Identifying a mineral deposit in an existing geological trend has better odds of turning up valuable rocks than exploring in an area where nothing has ever been found.
Berry adds that ownership of the deposit is also important, since ownership factors heavily into who will control future profits and takeovers. “What an investor should be looking for is if the company owns 100 percent of the asset and has no underlying royalties that they have to pay. Those types of deposits are somewhat rare, but it’s a best-case scenario. In joint ventures you want to look at what the partner brings to the table — if they bring financial muscle, then that can defray potential share dilution,” Berry states.

The geology of a given project is, of course, of fundamental importance in deciding whether or not to invest in a gold junior. In gold exploration, the three most important factors are grade, tonnage and metallurgy. If any of those factors don’t work, the technical problems in extracting the gold can quickly overwhelm a junior’s often-vulnerable cash position and the stock price could abruptly crash.
High grades are often touted as “king” when it comes to gold exploration, and it’s true that many a mine has been built on the back of a high-grade deposit. In the Abitibi, for example, high-grade gold hosted in quartz veins was responsible for building the first large-scale underground gold mines in Canada. Mineralized outcroppings, where gold is found in veins or structures above surface, are relatively rare, but can make for excellent targets since they can be surface mined at a relatively low cost.
In some gold-mining regions, the grades don’t have to be high for successful mining to take place. Where gold is found just beneath the surface, like the oxide gold deposits of the Carlin Trend, open-pit mines were built at a relatively low cost compared to underground gold mines in Ontario and South Africa, for example. These gold deposits, which are often low grade and high tonnage, are usually amenable to heap leaching, where the gold is leached out using a cyanide solution. Oxide gold is generally easier to process than gold found in sulfide ores, which require more processing, although heap leaching is not always successful. The climate, the grades on the leach pad and the permeability of the pad are all factors that can make a seemingly simple heap-leach operation go wrong.
The deposit’s location is also important with respect to potential expansion. If the company can show that not only does it have a good deposit, but that mineralization lies outside the existing or prospective mine boundaries, that is clearly a good sign for investors.
“You want to have proven ounces in the ground as well as exploration upside,” says Walker, giving the example of Kaminak Gold’s Coffee project, which was bought by Goldcorp (TSX:G,NYSE:GG) in 2016. He notes that Coffee has 4 million gold ounces plus district-scale exploration upside that could keep the mine going up to 30 years.

4. How far along is the project?

Mining is to a large extent about de-risking, so it is not surprising that the highest risk-to-reward ratio occurs at the discovery phase, when the drills are turning on a prospect and the explorer and investors are eagerly awaiting drill results. This is when the elusive “10-bagger” might be scored or, vice versa, hopes quickly dashed with a disappointing set of assays. As a company de-risks a project through a preliminary economic assessment, a prefeasibility study, a feasibility study and eventual construction, the value of the stock should generally rise, and these are all good catalysts for investors. However, early stage investors who jump in during discovery phases are usually rewarded more handsomely than Johnny-come-latelies. These bandwagon investors, however, could still make a bundle if the junior is taken over, which inevitably will lift the stock price.
Rule insists that the juniors he invests in have a game plan for how they, and investors, are going to make money, and when. “Make the promoter explain in detail how the company’s exploration activities will increase both shareholder value and stock price. Why these questions? We want to understand what sequence of events management believes will occur over time, and how that will affect share prices.”

5. Is the business viable?

Evaluating a prospective gold junior is tricky, because unlike most businesses that trade on stock exchanges, junior miners have no revenues until they start mining. The costs start relatively small, ranging from geochemical and geophysical surveys, but can ramp up quickly when it’s time for diamond drilling and assay testing, not to mention construction of mine roads, processing facilities and the purchase of heavy equipment — if the explorer chooses to become a miner.
Rule says a quick way to evaluate a company is to add up the current assets, including cash, subtract the liabilities and then add in the liquidation value of the company’s projects. The liquidation value is what the projects would be worth if they had to be sold. In Rule’s example, assume the projects are worth around $12.5 million, versus a liquidation value of $17 million. The company has $5 million in cash and a market cap of $25 million (arrived at by multiplying the share price by the number of shares outstanding).
“If the management can answer the other questions well, this could be a sensible speculation. More often than not, however (especially in bull markets), we find market caps exceeding liquidation values by an uncomfortable amount,” he says.
Other valuable metrics include the company’s net working capital (cash and other financial instruments minus liabilities), its monthly “burn rate” (overhead, salaries, listing fees, exploration expenditures, etc.) and where it will find the funds it needs to complete its goals.
Another good valuation strategy is to calculate a company’s enterprise value. This takes the company’s market cap, adds any debt, then subtracts its cash. Enterprise value is often seen as the takeover value of a company, so it is an important number for a potential investor to know.
“If the company has a JORC estimate or a NI 43-101 resource estimate, then you can tell what the size of the resource is that the company thinks they have in the ground. You can then do the math to determine what the company is worth relative to its peers in the market,” says Berry.