Gold has had a good week, and while it’s too soon to call it a rally, things are looking up for the yellow metal as the Indian festival season begins. 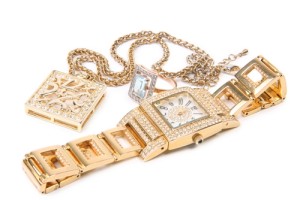 Gold bugs had something to cheer about last Thursday, and it looks like the shouting could grow louder as the calendar flips to November.

According to Business Insider, analysts at BofA Merrill Lynch and Morgan Stanley are telling clients that gold is set to rally as the Indian festival season gets underway.

As the largest consumer of gold, mostly by citizens who hold gold in high esteem and are frequent purchasers of gold jewelry, especially around the time of festivals, India is watched closely for signs of physical gold demand.

“Indian festival season could provide a lift to gold,” Morgan Stanley analyst Paretosh Misra wrote in a note to clients. ”Traditionally, the Diwali festival (specifically, Dhanteras, the two days before Diwali) is the biggest gold buying period of the year in India. In the last 10 years, gold has risen an average 2.5% in the one month around Diwali. While government’s new import restrictions and INR depreciation could adversely affect gold imports, buying should be supported by ~20% YoY decline in gold in Rupee terms.”

On the other hand, Société Générale analysts Jesper Dannesboe and Robin Bhar believe the rally could be limited, and set a $1,350 per ounce ceiling on the price.

“It is difficult to say exactly how much further the gold price can rally on the ongoing short- covering but we would be surprised to see the gold price much above the $1,350 level. The medium-term drivers of the gold price are, in our view, still firmly bearish,” said the analysts, as per Business Insider.

While gold is down around 21 percent year to date, it does appear to have staged something of a mini-rally in recent days, starting with a $40 gain after the resolution of the US debt ceiling crisis.

Gold hit $1,323 last Thursday, after it became clear to bullion traders that the US debt deal will delay any tapering of quantitative easing until at least the new year. QE, as it has become known, has been an incredible boon to gold, with the metal’s rise to a peak of $1,900 an ounce in the fall of 2011 largely credited to the policy of cheap money that has flooded financial markets to the tune of $85 billion per month.

The employment report showed the US economy added 148,000 jobs in September – much lower than the 185,000 jobs some analysts expected.

While the term “rally” should probably not be used in this context, an uptrend can certainly be discerned from Kitco’s 30-day and 60-day gold charts. The world’s largest gold ETF, GLD (NYSEARCA:GLD) is up 1 percent over the last month and 4.5 percent over the past five days.

More germaine to the junior market, a rally is starting to be seen on the TSX Venture Exchange. In a commentary yesterday, Bullion Run noticed an upward technical move on the S&P/TSX Venture Composite Index (TSXV:OSPVX).

“After failed attempts in 2012 and again at the beginning of 2013, the Venture has finally broken above a down trendline on a 3-year weekly chart…this move requires confirmation, but what’s particularly encouraging is how the RSI(14) is climbing in a trendline and at 47% still has plenty of room to head higher…this is a major technical developmentand suggests to us that the Venture bear market could indeed be over and that Gold prices have bottomed and could surprise to the upside this quarter…the Venture has built solid support in the low 900′s and is now at a 5-month high…”

Bullion Run also observed that the TSX Gold Index has formed a double-bottom, which in technical trading terms, often signals a move to the upside.

One more interesting trend to note is an apparent gold shortage viz a viz gold demand – another bullish indicator for the price.

In a letter to the World Gold Council, Eric Sprott argues that “the massive imbalance between supply and demand is not reflected in prices because available statistics are misleading.” They are misleading because the World Gold Council and Thomson-Reuters GFMS consistently underestimate demand, Sprott wrote. From his own analysis, Sprott discerns that annual demand for gold is about 3,000 tonnes more than supply; in other words, there is a gold shortage.

“The evidence presented here is clear, demand for physical gold is extremely strong and, in reality, without the massive outflows from ETFs (half of world mine supply), it is hard to imagine how this demand would have been met. Since ETFs have a finite size (about 1,900 tonnes left), these outflows cannot continue for much longer (see our article on the topic). All these observations point to a considerable imbalance between supply and demand (unless Western Central Banks decide to fill this void with what is left of their reserves).”

In another commentary along the same lines, ETF Securities said in a report quoted by Bullion Run that the London Bullion Market Association gold forward rates have turned negative, foreshadowing an apparent gold shortage.

“It is interesting to note that LBMA Gold forward rates have again dipped into negative territory, highlighting that physical demand – possibly from central banks as well as short covering – remains strong,” ETF Securities says. “This tightness has continued into the new week, indicating this was not solely short-term pre-debt deadline hedging and post-agreement short-covering demand. It seems clear the fact the U.S. debt issue has not been resolved, but only postponed, is accelerating central banks’ and private investors’ search for alternatives to the U.S. dollar as a reserve asset, with Gold one of the few viable alternatives.”

The bottom line for gold investors? Those who haven’t sold or shorted the metal may be poised for some short-term gains, as the yellow metal rides on the coat-tails of US economic policy indicating no end in sight for QE, and as the Indian festival season give rise to some much-needed physical demand. The outlook for gold is still bearish, however, so investors should exercise extreme caution if their strategy is to time the market right now.