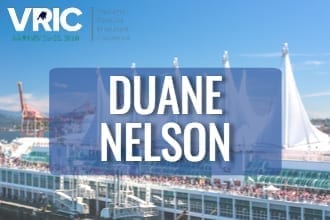 Duane Nelson, president and CEO of EnviroLeach Technologies, talks about the potential of the e-waste market and what’s ahead for his company in 2018.

Speaking with the Investing News Network at this year’s Vancouver Resource Investment Conference, Duane Nelson, president and CEO of EnviroLeach Technologies (CSE:ETI), talked about the potential of the e-waste market and what investors can expect from his company this year.

EnviroLeach is developing environmentally friendly formulas and technologies for the extraction of metals in the mining and e-waste sectors.

The firm’s share price has increased more than 53 percent since the start of the year, and according to Nelson the company has caught the attention of both mining- and tech-focused investors.

“The stock price has increased significantly since we did our financing, and we’re seeing much more US buyers come into the market. And predominantly the reason … is because of the e-waste technology,” he said.

Watch the video above or read the transcript below to learn more about the e-waste market and what’s ahead for EnviroLeach in 2018.

INN: Can you start out by giving me a brief overview of your company?

DN: The company is called EnviroLeach Technologies, and we’ve come up with a new formula for dissolving precious metals into solution for the mining sector, as well as the e-waste sector. It’s designed to replace cyanide across the board, [and] we’re seeing very similar leach kinetics to high-intensity cyanide. Recoveries are almost identical, and in some cases our solution actually works better than high-intensity cyanide — in some forms and concentrates.

INN: Tell me a little about the e-waste market. What percentage of gold currently comes from e-waste and what’s the potential there?

DN: It’s tremendous. In 2016, 44 million tonnes of e-waste were produced worldwide; they’re projecting that to go to 72 million tonnes a year, with less than 8 percent of it currently being recycled.

If you look at the amount of gold that is currently going into electronics, it’s about 320 tonnes a year — that’s almost 10 percent of produced gold annually going to electronics. Then less than 8 percent of that is actually being recovered; the balance of that is going to landfills around the world. So it’s a tremendous market. We see very, very good recoveries with our reagent on the ground e-waste product as well, and we’re expecting nothing but great things from that sector.

INN: Can you tell me a little bit more about your extraction technology and how it differs from other types of technologies out there?

DN: The technology itself is inorganic electrochemistry, and I know that sounds odd, but what you need to know is that it’s really made of just tap water, just regular water. And then it’s combined with five FDA-approved ingredients. Then we use our new electrochemical process to alter that existing chemical compound, and when we do that it alters the states … so that it will dissolve the metals into solution.

From that point on it’s almost the same as a standard cyanide circuit, there’s infiltration involved, and then we recover the precious metals by using precipitation, electrowinning or carbon absorption — all off-the-shelf technologies.

INN: We’ve been talking about e-waste, but can this be applied to ores as well?

DM: We’ve tested hundreds of ores on it. Now we’re working very closely — even though our primary focus is e-waste — we’ve selected three mining companies that we are working with right now. And we are seeing across the board better recoveries for those three than what we’re seeing using cyanide.

We think that the application in the mining sector is going to be phenomenal. If we can help reduce the use of cyanide worldwide with this, and it’s something eco-friendly, it opens a lot of doors, especially for projects that are in environmentally sensitive areas. Now they have a solution, a non-cyanide solution, to get those projects into production.

INN: What is your investor base? Is it mining people or are you getting people who are interested in the tech aspect also?

DN: Originally it was definitely mining oriented because the product was actually developed for mining, but we’re seeing a shift now. The stock price has increased significantly since we did our financing, and we’re seeing much more US buyers come into the market. And predominantly the reason that they’re there is because of the e-waste technology more than the mining sector right now. So it seems to have a much more broad appeal than mining.

INN: Where are you at right now in terms of bringing this into the market?

DN: We have a plant that has been installed and has been finished — it’s a 10-tonne-a-day e-waste plant — and it’s installed at our partner’s facility. It’s in a 650,000-square-foot building in Memphis. Our partner is Jabil Technologies (NYSE:JBL), and I know a lot of people never heard of Jabil … but they’re the third-largest electronics manufacturer in the world. If you’re using an iPhone, they built it, or if you’re using a Dell computer, they built it. The vice president told me, if you’ve never heard of Jabil, go into a Best Buy and everything you see in that Best Buy is either made by Jabil or has components by Jabil.

So what they’re doing is they’re leveraging those relationships with all of the OEMs to offer a cradle-to-grave solution on e-waste. We provide the technology to efficiently and in an environmentally friendly fashion extract the gold and metals, and they provide the supply chain management. They’re in 100 countries across the world with over 200,000 employees already, so they’re a great partner to have.

INN: How is 2018 looking like for you? What are the catalysts or milestones you have coming?

DN: The plant will be finished and we hope in full production by February, with probably two shifts starting at the end of March. Based on the outcome of that plan, the technology’s completely scalable. So we’re looking at expanding the Jabil plant, but we’re also looking at setting up three of our own e-waste recycling plants as well.

Our rationale is that if you look at e-waste compared to gold, the average grade of gold coming out of the ground today is about 2 grams per tonne. E-waste, we’re running material as high as 2,500 grams per tonne, with the average coming in around 100 grams per tonne. And it’s easy to get, you don’t have to mine it, you don’t have to do anything. So 2018 would be get this plant up and proven, and then expand those plants worldwide with Jabil, as well as set up some of our own plants here in North America.