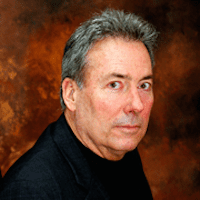 David Morgan, author of the Morgan Report, spoke to INN about the precious metals market after the US presidential elections, the silver fix, and the effect of a possible Fed rate hike.

Last time INN spoke to The Morgan Report author David Morgan was right after Donald Trump won the US presidency, and prices of commodities were surging. He says, “A lot of people anticipated a rally, but it happened in a space of 24 hours.”
On election night, gold surged nearly 5 percent–its biggest single-day gain since June 2016. But when Trump took to the stage a few hours later, the price of gold plunged to $1,302.42. Gold dropped even further to $1,217.25 on a stronger US dollar and an anticipated Federal Reserve interest rate hike in December.
Morgan believes that metal prices are not going to see new lows, as “the low was [in] last year, November-December 2015. Certainly we’ve given back a lot of the gains.”


Give me my free report!
He also said that a Fed rate hike will not impact the precious metals market and said, it will have “very little effect–it is already priced into the market.”

The silver fix and its repercussions

INN asked Morgan about the latest development on silver price manipulation. He questions that maybe more is to be revealed and says that it can have a lot of repercussions on how the market will move forward in 2017.
Back in April, Deutsche Bank settled lawsuits on gold and silver price manipulation. Recently, court documents have resurfaced and UBS Group AG, HSBC Holdings Plc, Bank of Nova Scotia and other firms have been named as part of the silver market manipulation. The Financial Post reported that plaintiffs have now named other banks such as  Barclays Plc, BNP Paribas Fortis SA, Standard Chartered Plc and Bank of America as part of the scheme.
He says, “Whether or not there is something different this time remains to be determined, but again maybe, just maybe, this time more will be revealed about the silver market.”

Morgan anticipates a better year ahead, and cited that, “The bull market that started in 2016 is still intact, even if this correction is a bit trying on us all.”
He also told INN about a unique technology that precipitates metals, calling it a “gamechanger”, which he has come across recently, “[T]his technology is a solution that’s inert.” He further adds that “[T]his will have a huge impact, not only on the mining industry, but will have a greater impact on the industrial sector at large.”
To know more about this technology, sign up for The Morgan Report.
Watch the full interview:

Gold, an Election Year and Trump: What the Experts Say
Trump Wants US$3 Billion to Fuel America’s Uranium Independence
Trump Gets a Thumbs Up from US Gold Companies
IsoEnergy CEO Craig Parry: Uranium Demand to Overtake Supply in Coming Years