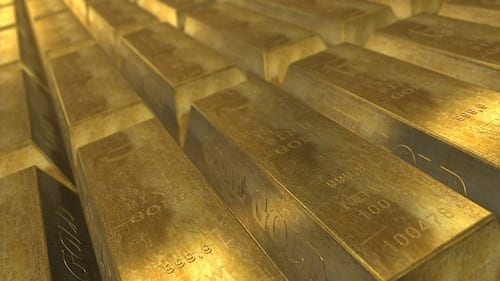 While gold has had its share of ups and downs in 2018, some companies have achieved strong results despite the precious metal’s fluctuating price point.

With the year nearly over and done, the Investing News Network has rounded up the best gold stocks on the TSXV by share price performance so far this year. All have received high levels of investor interest in 2018, with the biggest gainer being up more than 700 percent year-to-date.

All year-to-date and share price information was obtained on December 4, 2018 from TradingView. All companies listed had market caps above $10 million at that time.

Based in Canada, AXMIN is a gold exploration company with assets in the Central African Republic (CAR), along with a royalty agreement in Senegal for Teranga Gold’s (TSX:TGZ) Gora deposit. The company’s main priority is developing its Passendro gold project in the CAR, which has been a touch-and-go process due to security issues in the country.

While much of AXMIN’s 2018 news centers on financial results, in June the company shared an exploration permit update on the area it shares an interest in with Teranga. A few months later, in October, the company settled a drawn-out accounts payable issue with a consultant that had helped it secure its ownership of licenses in the CAR.

AXMIN has reported little other news this year. It’s worth noting that the company released a statement in August saying it was unaware of why it was experiencing an increase in market activity.

Westhaven Ventures refers to itself as a company that focuses on identifying, acquiring and advancing early stage projects with big potential. The company’s main interest lies in its four properties located in BC’s Spences Bridge Gold Belt; cumulatively they span over 35,000 hectares.

While the company’s share price remained at a simmer for much of 2018, things started to pick up in October when Westhaven released several positive announcements over just a few weeks. Between three sets of drill results from its Shovelnose property in October to receiving over $850,000 from a warrant exercise, the company surged as the news continued to roll in.

Westhaven’s share price peaked on November 9 at C$1.30, the same day the company announced it had begun high-resolution airborne geophysics at its Skoonka and Skoonka North gold properties.

Great Bear got a boost in August after a high-grade gold discovery was made at the Hinge zone of its Dixie project. Shortly after the discovery was announced, McEwen Mining (TSX:MUX,NYSE:MUX) and its chief owner, Rob McEwen, invested a combined C$6 million in Great Bear.

The company rode the wave of excitement through September and hit its peak at C$3.39 on October 18, shortly after the discovery of “key ultramafic geology” during a mapping program at Dixie Lake.

Another Canadian company, this time based in Newfoundland and Labrador, Sokoman Iron is an explorer with a focus on “world-class” mineral deposits in its home province. Sokoman has several assets under its belt, but is primarily focused on its Central Newfoundland gold project, which consists of its East Alder, Crippleback Lake and Princess Lake properties, spanning 5,500 hectares in total.

The junior miner caught the eye of investors back in late July, when it announced it would be completing a $3-million private placement that had billionaire investor Eric Sprott leading the pack. Its share price made leaps and bounds in the days following the announcement, peaking on August 3 at C$0.44.

With a goal of becoming a mid-tier, low-cost gold producer, Rusoro Mining has a large land position in the mining region of Venezuela’s Bolivar state. The company has two mines in production — its Isidora mine and Choco 10 mine and mill — along with 10 exploration projects that range from early stage to advanced/development stage.

Rusoro had a fairly quiet year in terms of project news, but gained traction in October. The hype surrounding the company came when Rusoro agreed to a settlement proposal from the Bolivarian Republic of Venezuela under which the country will pay Rusoro over US$1.28 billion for its mining data and for a full release of an arbitral award issued in favor of Rusoro in August 2016.

The company’s share price saw its 2018 peak on October 15, days after the settlement proposal announcement, when it hit C$0.34.