Following African Barrick Gold’s rocky start going public, the company has reported higher-than-expected earnings in its first year, despite a decline in production. 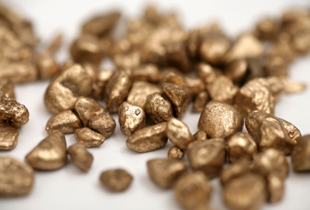 In the first year following  African Barrick Gold‘s (LON:ABG) rocky start going public on the London Stock Exchange, the company has reported higher-than-expected earnings in its first full-year results since listing due to the strong gold price, and despite the company’s decline in production. In fact, even after missing its output target, the company has reported to have doubled its pre-tax profit, earning US $309 million in 2010, up from US $150.4 million in 2009.

African Barrick Gold is a spin-off of the world’s largest gold producer, Toronto, Canada-based Barrick Gold Corp. In March of 2010, African Barrick Gold was aiming to raise US $978 million, selling shares in an initial public offering (IPO). When the IPO closed on March 19, 2010, results were disappointing, with only $874 million raised. The deal was reported as being “well covered,” according to bankers, but analysts attributed the weak performance of other IPOs in Europe as dampening investors’ appetite for new offerings. It should be mentioned that Barrick Gold Corp does still hold a 75 percent stake after listing, diluted from a 100 percent holding.

African Barrick operates exclusively out of Tanzania, where it holds four gold mining properties. In July, it cut its 2010 production forecast because of delays accessing higher grade ore at Buzwagi, the newest of the company’s four mines. Over a ten?year period, the African Barrick Gold Group has become the largest gold producer in Tanzania, growing from no production in 2000 to approximately 716,000 attributable ounces in 2009.

Recently, Tanzania’s Chamber of Energy and Minerals urged the U.S. to remove the country from a list of nations linked to conflict minerals in eastern Congo to try to protect its gold exports. These rules are part of the U.S. Dodd-Frank financial regulatory reform bill passed last year.

“Tanzania is not a source of conflict minerals, and there is no reason we should be affected by the proposed restrictions,” Tanzania deputy energy and minerals minister Adam Milima said in an article with Dow Jones.

The company’s net income increased in spite of missing its 2010 production target, with output falling to 700,934 ounces in the year. This is a two percent decline on its production of 2009, and short of its 716,000 ounce target. The company initially expected to produce as much as 850,000 ounces in 2010, but downgraded its target twice last year, after it experienced problems at its Buzwagi mine. The company says it expects to produce between 700,000 and 760,000 ounces of gold in 2011. They have, however, reported much greater expectations for the future, planning to raise annual output to more than 1 million ounces by 2014.

“We have kept a reasonable range to take into account some risks … but there are plenty of opportunities to get some growth,” said Chief Executive Greg Hawkins in an interview with Reuters.