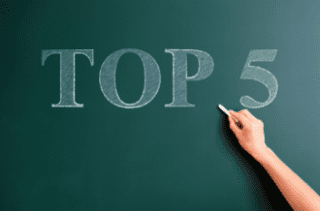 Looking to invest in tin? Here are five basic facts you should know.

Tin is a malleable, silvery-white metal that is obtained from the mineral cassiterite. Mainly known for its use in tin cans, the industrial metal is relatively rare, making up only about 2 parts per million of the Earth’s crust.
The earliest use of tin dates to about 3,500 BC in what is now Turkey. Tin was first mined and processed there, but today China is the top producer by a long shot. That said, the metal is also produced in large quantities by Indonesia and Burma.
In 2016, tin was the second best-performing metal, behind only zinc. For that reason, it’s now attracting a lot of interest from market watchers wondering how they can take advantage of its positive outlook. To help interested investors get an understanding of all the different things there are to know about tin, we’ve put together a brief overview of five key facts about the metal.

Tin only breaks down when it is exposed to strong acids. Since it doesn’t rust, a thin layer of tin is sometimes used to coat other metals, such as steel, to prevent or slow the growth of rust. It is most commonly used to coat steel cans — tin cans, for example, are actually made of tin-coated steel.
Tinned food originated in 1795 when a 12,000-franc prize was offered in France for a method of food preservation to feed armies on long campaigns. Interestingly, however, the tin opener was not invented until 1870. Today, about 200 billion cans of food are produced worldwide every year.

2. Tin has many applications

Because of its many positive characteristics, there are a lot of uses for tin. For example, the metal is malleable, ductile and not easily oxidized in air; it’s also lightweight, durable and fairly resistant to corrosion. Those qualities make tin a good candidate for use in solder, as well as tinplate, chemicals, brass and bronze and other niche areas.
Tin had a direct impact on human history mainly because of bronze, which is produced when copper is alloyed with tin. The Bronze Age is now a recognized stage in the development of civilization. It is not known how bronze was discovered, but people in Egypt, Mesopotamia and the Indus Valley started using it around 3,000 BC.

3. Most tin is produced in China

World tin production decreased in 2016, clocking in at 280,000 MT compared to 289,000 MT in 2015. China remained the largest producer of tin at 100,000 MT, with Indonesia coming in a distant second at 55,000 MT.
China’s Yunnan Tin Company was easily the largest producer of tin in 2016, putting out 76,000 MT of the metal, a 0.7-percent increase from the previous year. According to the US Geological Survey’s most recent report on the metal, the overall decline in tin production came on the back of a major fall in the tin price.

4. Tin is considered a conflict metal

Like tungsten, coltan (tantalum) and gold, tin is a conflict mineral. Armed groups in the Democratic Republic of Congo earn hundreds of millions of dollars every year by trading these minerals. They can be found in many of the products we use every day, such as cell phones and laptops.
In 2010, US Congress passed the Dodd–Frank Wall Street Reform and Consumer Protection Act, which included a provision, Section 1502, mandating that companies listed on American stock exchanges disclose whether their products contain conflict minerals. But this act could change soon — it is now set to undergo a review following an executive order made earlier this year by US President Donald Trump.

Investing in tin has appeal thanks to the metal’s widespread use in industrial applications and its ability to serve as a hedge against the US dollar and inflationary pressures in certain environments.
According to CommodityHQ, there are two ways to invest in tin: ETFs and futures. Many ETFs include exposure to tin, generally along with copper, nickel, lead and aluminum. Tin futures are traded on the London Metal Exchange under the contract code SN, and are priced in US dollars per tonne. Clearable currencies include the US dollar, yen, pound and euro.
Don’t forget to follow us @INN_Resource for real-time news updates!
Securities Disclosure: I, Priscila Barrera, hold no direct investment interest in any company mentioned in this article.