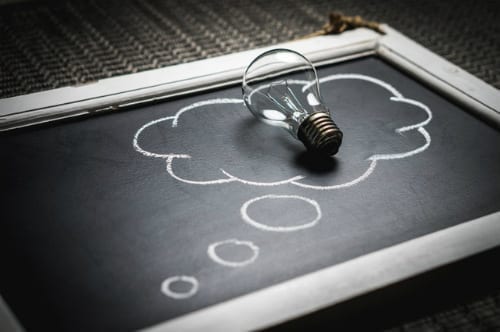 What is coltan? Here are five key facts about coltan you need to know, including where it’s mined, what it’s used for and why it’s important.

You may not have heard of coltan before, but it’s one of the key raw materials found in the technological products you use every day. From smartphones to laptops to advanced medical equipment, a range of electronic devices have coltan as a fundamental building block.

However, the black metallic mineral is often the subject of controversy, given that the vast majority of it comes from the Democratic Republic of Congo (DRC), an African nation that was locked in civil war and unrest for more than a decade.

As demand for coltan and its by-products grows annually, understanding its value to the global supply chain and our daily lives is ever important. Here are five coltan facts you should know.

1. What is coltan? It’s where tantalum and niobium come from

The mineral coltan is one of the resources that is playing an important role in the technological revolution. Coltan itself is a vessel for technology minerals tantalum and niobium.

Coltan, or columbite tantalite, is an ore from which niobium and tantalum are extracted. As a report from the US Geological Survey notes, the minerals are often found together, but have very different properties and applications; nearly 80 percent of the world’s niobium is used in high-strength, low-alloy steels, while tantalum is key for the world’s electronics industry.

The US Geological Survey lists Brazil, Canada and Australia as the leading producers of tantalum and niobium mineral concentrates. However, when it comes to the mining sector, the DRC is the leader in tantalum production.

The second largest miner is Rwanda, located next to the DRC in Central Africa. Rwanda was also involved in a bloody civil war, which resulted in violence and instability. There has been widespread speculation that much of Rwanda’s mineral production comes from smuggling in resources from other countries.

The aftermath of war has left both nations vulnerable to militia and other groups that often fight over control of the valuable mineral resource and mining sector. In the two nations, coltan is often mined through artisanal operations.

2. What is coltan? It provides the tantalum used in smartphones

Roughly two-thirds of tantalum is used to manufacture electronic capacitors, a fundamental component of smartphones and other in-demand electronics. Tantalum has contributed hugely to the miniaturization of handheld electronic devices as it allows an electrical charge to be stored in small capacitors. For this reason alone, it’s easy to see the value coltan plays in modern life.

Tantalum is also extremely ductile and can be drawn into a thin wire. Because it causes no immune response in the human body, it is also used to make surgical appliances, as a replacement for bone, as a connector of torn nerves and as a binding agent for muscles.

3. What is coltan? It is often mined by hand

Coltan may be an important mineral when it comes to construction of electronics, but as mentioned above, the methods used to mine it are not cutting edge at all.

As a report from the Daily Mail explains, coltan is often mined by artisanal miners using their hands in the DRC, with rock and sand being panned and filtered until the mineral sinks to the bottom. This process was common during the gold rush in the mid-1800s.

While some coltan mines, like the Luwow mine in the Eastern DRC, have been deemed conflict free, conditions are still very harsh. The Daily Mail notes that 12 hour days are often required, and that “mine safety procedures are non-existent.”

4. What is coltan? It’s a conflict mineral

Many investors are no doubt aware of tantalum’s conflict mineral status, so it should come as no surprise that coltan falls under the same banner. There have been reports that neighboring countries in Central Africa, including Rwanda, Uganda and Burundi, have smuggled coltan from the DRC to fund war and conflicts in the region, although all countries deny that is the case.

A 2001 Amnesty International report says, “By one estimate, the Rwandan army made at least US$250 million over a period of 18 months through the sale of coltan, even though no coltan is mined in Rwanda.”

And demand for the technological material has only grown in the almost two decades since.

So where does all of this coltan end up? Its path is hard to trace, but regulatory authorities are doing their best to ensure that electronics corporations are not funding conflict in the DRC by buying coltan and thus contributing to human rights violations.

For example, the US Securities and Exchange Commission’s conflict minerals law, part of the Dodd-Frank Act, requires publicly traded manufacturers to disclose to investors whether any of the tantalum, tin, gold and tungsten used in their products may have originated in the DRC. Taking it a step further, the European Parliament voted in May 2015 to move to ban all products containing conflict minerals.

There has also been a push towards holding mining companies accountable for the integrity and validity of their supply chain. This has led to talks about integrating supply chain due diligence through blockchain and increased government intervention to better monitor and control the sourcing of coltan and its by-product metals.

Even so, companies in the US have so far been slow to change how they handle imports of coltan and other conflict minerals. What’s more, the Dodd-Frank Act is currently slated for an overhaul under US President Donald Trump.

5. What is coltan? It’s harmful for gorillas

Coltan mining has also caused significant destruction of gorilla habitats in the DRC. As the UN Environment Program has reported, “The number of eastern lowland gorillas in eight DRC national parks has declined by 90 percent over the past 5 years, and only 3,000 now remain.” Gorilla habitats have been reduced as forests are cleared to make way for mining operations.

In addition, the Jane Goodall Institute of Canada states that there have been reports of armed rebel groups and miners “eating meat from chimpanzees, gorillas, and elephants in the Kahuzi Biega National Park and on the Okapi Wildlife Reserve.”

Mountain gorilla habitats have also been impacted by the illegal coltan mining and smuggling industry. The ongoing conflict and issues around mining and sourcing coltan have prompted calls to the Congolese government and local leaders to strengthen the conflict minerals law.

Now that you know what coltan is, click here to check out where it’s mined and which countries are exploring and growing their own tantalum mining sectors.

13 responses to “What is Coltan? 5 Facts You Should Know”