Australia’s new “Super Profit” tax on mining companies may scare off investment and hurt the profitability of mining operations, say analysts. However, economists and government officials disagree. After billions of dollars worth of investments into molybdenum operations in Australia, how will this proposed tax affect the mining industry? 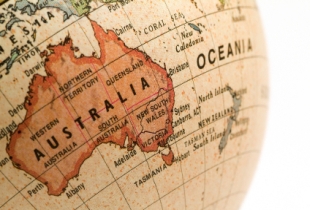 Over the last few months, billions of dollars have been invested into Australia’s molybdenum mining companies. The capital has come from Chinese investment firms looking to control the cost of producing steel, one of China’s most lucrative enterprises. Over the last few weeks some investors have been scared by Australia’s proposed mining ‘super profits tax.’ The tax, a 40 percent levy for the rent of Australia’s resources, if adopted by the government has the ability to generate billions of dollars, but may also slow productivity and frighten future investment in the mining industry. Whether this is an election time political ploy or a reality, the question remains: what impact will these proposed tax regulations have on companies mining in Australia?

The proposed ‘super profits’ tax will replace the royalty tax scheme that resource companies operate under currently. Until recently, the details of the proposed scheme have been murky at best, contributing to the nervousness in the market. The fundamentals of the scheme were proposed by mining companies in the past to deal with a royalty based system. The tax will not go into effect until July, 2012.

“The mining industry is not, by and large, opposed to the concept of a ‘resources rent tax.’ The industry itself put forward a plan to introduce one to replace the various royalty-based taxes miners pay around the nation… And there are certainly arguments that a resource rent tax set at the right rate is better than royalties for mining companies because the less profit they make, the less tax they pay,” according to Clive Mathies1on, the North Shore Times.

Under the current scheme, mining companies only pay a 17 percent tax rate, far lower than the rate for other industries within Australia. “The analysis revealed vast disparities in average company tax rates across industries, with mining at 17 per cent, construction at 19 per cent and finance at 29 per cent… mining enjoyed ‘generous deductions’ due to depreciating assets and its capital intensity, which meant corporate tax was unable to capture increases in resource rents,” reported Paul Kelly, of The Australian.

The question on the minds of most in the mining industry is, “How will the Super Profits Tax” affect the profitability of mining companies operating within Australia?

“Under the proposal, profits generated on Australian mining projects would be subject to a super profits tax of 40%, although the miners would be allowed to recoup a special allowance (set at 6% of earnings) to account for their capital expenditure, and also recoup depreciation. Once the tax on super profits is taken out, the miners are then subject to the ordinary corporate tax rate, which will fall from 30% to 28% under the Government’s plan,” according to James Thomson, of Smart Company.

“Firstly, the RSPT will replace the existing system of state royalties that miners must pay on the minerals they take out of the ground. Secondly, where a mining project is unprofitable, the miner can carry forward losses and transfer them to profitable projects, or claim a 40% refund if there are no such profitable projects. As a final sweetener, the Government will create a 30% tax break for exploration and development undertaken by smaller miners,” states James Thomson, from the article sourced above.

Companies that are highly profitable with no new explorations costs and low depreciation rates will have to pay a higher tax burden. But with the political stability, modern infrastructure, the wealth of resources available, mining companies are not very likely to pull out of the country, despite a highly vocal opposition to the new regulations.

“In mining you take a long view on tax regimes . . . so you double think whether you should deliver your capital in Australia, Ghana or somewhere else… I’m sure all multinational companies will be doing the same. Australia is a great mining country but not the only one in the world,” stated Oleg Sheiko, Chief of Metals Solutions. Metals Solutions is owned by Ukrainian billionaire Gennadiy Bogolyubov, whose assets include OM holdings, and Consolidated Minerals, which operate manganese mining projects in Australia.

Ghana’s tax rate is not that much lower than the new Australian scheme. Currently, it has been raised to 30 percent with a 5 percent royalty, the main difference being the low ‘super profit’ threshold of 6 per cent. However, with Africa’s noted political instability the pros and cons of investment start to equal out.

The outlook for the massive investments made by the Chinese for molybdenum projects in Australia still remains strong. Put simply, the Chinese have the money, and don’t seem too concerned.