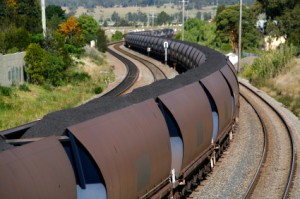 South Africa’s coal industry is fighting a battle on multiple fronts. Coal, already subject to sluggish Asian demand and falling market prices, is the latest resource to have become directly embroiled in the ongoing labor disputes spreading across South Africa.

Coal of Africa (LSE:CZA,ASX:CZA) announced this week that 176 of the 368 workers at its Mooiplaats colliery have begun a legal strike after turning down the company’s offer of a 22 percent increase in wages and benefits. Operations at Mooiplaats have halted, taking 6,000 run of mine tonnes per day out of production.

The coal sector has already been impacted indirectly by the ongoing labor action. South African President Jacob Zuma told the country’s powerful COSATU labor group at a mining conference earlier this month that recent unrest at Lonmin’s (LSE:LMI) platinum mine has cost the coal sector 118 million rand (US$14.44 million) and $548 million in gold and platinum production so far this year.

Rio Tinto (NYSE:RIO,LSE:RIO,ASX:RIO), which also has coal operations in South Africa, has recently agreed to sell two small coal assets in South Africa to Forbes & Manhattan Coal (TSX:FMC) for 440 million rand ($53 million), a move some say is aimed at avoiding mounting political challenges within the country.

While the company’s official position for the sale is that the assets are too small for Rio’s portfolio, analysts at Trefis have suggested that it is an effort to “[reduce Rio’s] overall exposure to South Africa as a result of an environment of policy uncertainty.”

Other South African coal producers, including Anglo American (LSE:AAL), BHP Billiton (NYSE:BHP,ASX:BHP,LSE:BLT) and Exxaro Resources (OTC Pink:EXXAY) have not reported any impacts from the activities on their operations to date.

But despite the continuity of operations for some companies, South African coal production and exports as a whole have been on the decline. The Richards Bay Coal Terminal, the country’s principal coal port, saw traffic fall in August, with 5.9 million tonnes shipped out compared with 6.3 million tonnes the previous month, according to Reuters data.

Despite being the world’s largest coal importer, China’s demand for South African thermal coal has fallen in recent months. After receiving 2.1 million tonnes of coal in July — some 35 percent of South Africa’s 6.3 million tonnes exported that month — Chinese imports fell by 60 percent to 855,000 metric tons (mt) in August, according to Reuters.

China, which imported 180 million mt of the 3.5 billion short tons of coal it consumed in 2011, has welcomed an increasing share of South African thermal coal to the 140 million mt it imported in the first half of 2012.

China is not, however, expected to continue along the record-setting pace it established earlier in the year as importers are now facing increasing credit difficulties as Chinese banks cut lending to coal traders and tighten credit terms due to worries about defaults.

The result is already showing up in export numbers as the Atlantic market’s share of South African coal exports increased to 44 percent of the total shipped from 21 percent in July, Reuters notes.

Despite ongoing economic concerns within the European market, South African coal FOB prices are moving toward more palatable levels for European consumers, and that is leading to increased purchasing.

Prices for FOB cargoes have hovered just above two-year lows for the past several weeks, with oversupply weighing on prompt values. South African spot cargoes have been in a state of free-fall since early August, dropping more than $6/metric tonne, Platts reported.

On September 18, Platts reported that a 50,000 mt October-loading cargo of South African 6,000 kcal/kg NAR coal traded at $83.75/mt, 75 cents higher than the last reported trade. According to a market participant interviewed by Platts, prices need to fall to at least $80/mt in order to entice Chinese and Indian end users to buy South African 6,000 kcal/kg NAR material.