Gold jumped over $30 this morning as the US Federal Reserve made the unexpected decision not to reduce its quantitative easing program. 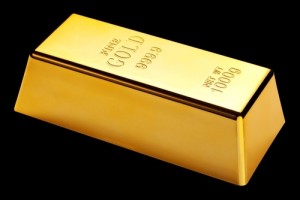 Gold jumped over $30 this morning as the US Federal Reserve made the unexpected decision not to reduce its quantitative easing program.

The Fed was widely expected to lower the $85 billion a month stimulus program by a relative small amount — most observers thought it would be $10 billion — but in the early afternoon Eastern time, the central bank said it would leave the monthly bond purchases unchanged.

The Federal Open Market Committee said it would leave its asset purchases unchanged until it sees more signs that the economy has improved.

“The Committee decided to await more evidence that progress will be sustained before adjusting the pace of its purchases,” the Federal Open Market Committee said in a statement published by Bloomberg. While “downside risks” to the outlook have dimished, “the tightening of financial conditions observed in recent months, if sustained, could slow the pace of improvement.”

US stocks and Treasuries also soared on the news, with the S&P 500 climbing to an intraday record of 1,720.30 and the yield on the 10-year Treasury note falling to 2.77 percent, according to Bloomberg.