With high-profile drill programs driving stocks higher, investors want to know how to identify the next big discovery. Here are four ways to do so. 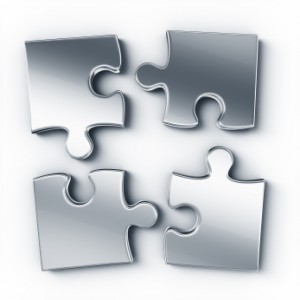 There seems to be just one way to generate excitement in today’s markets: flashy drill results.

Companies with large, established deposits have seen their share prices get beaten up. NovaGold Resources (TSX:NG,AMEX:NG) has slipped by over 30 percent since September. Exeter Resource (TSX:XRC,AMEX:XRA) is down the same. Asanko Gold (TSX:AKG,AMEX:AKG), formerly Keegan Resources, has fallen nearly 20 percent since the beginning of the year.

The only lively spots in the subdued market are earlier-stage projects that have surprised investors with eye-catching numbers.

But trying to catch such early stage wonders is difficult. How can investors predict where the next big discovery hole will come from? Are there tell-tale signs like soil samples or geophysical results that buyers should be watching for before the drills start turning?

An equally important question is: which drill hole results are the real deal? Investors piled onto GoldQuest Mining (TSXV:GQC) in May 2012 when the company announced an eye-popping intercept of 231 meters grading 2.4 g/t gold at its Las Tres Palmas project in the Dominican Republic, driving the stock from pennies to nearly $2.

But follow-up drill results came in weaker, causing shares to dive as low as $0.35 over the last seven months.

Which numbers signal a company that has a tiger by the tail? And which ones indicate that a company is simply a flash in the pan?

The first trick to evaluating an exploration project is knowing what the company is looking for, according to Deborah Lord, principal consultant with SRK Consulting Australasia, and an expert on valuing mineral properties.

“You need to think about what the mine at the end of the exploration pipeline could look like,” Lord told Resource Investing News.

Lord and her coworkers at SRK have built a cottage industry around valuing early stage exploration properties, starting from the moment a geologist thinks of an exploration play.

By imagining what type of deposit a company might find on a property, investors can get an idea of what successful results should look like. If it’s a Chilean copper porphyry, expect long intercepts at lower grades. If the play consists of volcanogenic massive sulfides, shorter, high-grade widths would be the order of the day.

Figuring out the target deposit type is as simple as asking the company what it expects to find on a project, or even looking through a website or other literature for a description of the expected geology.

“Putting it into a geological context is key for early stage projects,” noted Lord.

What do we know before drilling?

After the target is ascertained, the second question is: what can be found out before drilling?

Again, that depends on the suspected geology.

Sometimes the deposit type alone gives critical information. Is the company looking for carbonate-replacement silver deposits in Northern Mexico? If so, it’s useful to note that only one or two economic deposits of this type have ever been found, which doesn’t bode well.

For other deposit types, the geologic model may help put pre-drilling data into context.

Volcanogenic massive sulfide (VMS) deposits, for example, are known to stand out in gravity surveys due to their high-grade, massive metal accumulations.

These deposits are also known to occur in clusters, so a strong gravity anomaly on a property near other VMS deposits might be a better-than-average indicator of a project with the potential for good drill results.

For other deposit types — such as copper-gold porphyries — the usefulness of geophysics is less established. A survey by porphyry expert Richard Sillitoe in fact found that geophysics is factored into very few major porphyry discoveries.

A company touting a strong resistivity anomaly as a sure sign of a coming porphyry drill find should thus raise red flags.

Geochemical surveys can also provide valuable information at the pre-drilling stage, but again, that depends on the geologic model.

Stream sediment surveys are usually very early stage indicators. They show mineralization, although it is often located far from the source.

However, a company looking for vein-type, high-grade gold deposits might find gold nuggets in streams. Sometimes they lie closer to the source due to their heavier weight. That is more encouraging than, for example, traces of copper that could have originated tens of kilometers from where the sample was taken.

Soil surveys generally provide a better indication of mineralization because they usually lie relatively close to the rock they broke off from.

By grabbing handfuls of dirt and analyzing them for economic elements, geologists can get an idea of whether an area is close to their target deposit.

One element is good. A suite of elements is better. For a copper porphyry, finding copper is okay. Finding copper, gold and molybdenum together fits the target geologic model much more tightly.

How many drill holes will it take?

For a basin-hosted uranium deposit in Northern Saskatchewan, a lot of holes are often required to hit a deposit, assuming that one even exists.

That’s because the pods of ore at this location are small, sometimes just a few meters across.

These deposits are also located hundreds of meters below surface — over a thousand meters in some cases. Drilling that deep to hit a micro-target is difficult.

Expecting a first-pass drilling program on such a property to hit a zinger hole may be a set up for disappointment. Companies do make finds in such plays, but it usually takes patience and a lot of drilling.

A company that claims it can come up with a discovery after one or two holes should have some additional information about why the property is so prospective. Some explorers have tried to up the odds on initial drilling by using down-hole geophysical techniques to scan the area around the drill hole, looking for these small ore bodies.

Porphyry deposits lie at the other end of the spectrum. Such deposits are large — kilometers across in some cases. The odds of hitting on a first drill hole may be greater, assuming the company has done its prep work right and picked the best spot to lay pipe.

Do the numbers add up?

In the fortunate event of good drill results, investors must ask: what now?

Sell a stock that has enjoyed many-fold gains on a discovery hole? Or recover initial investment and keep skin in the game? After all, major discoveries, like Aurelian Resources’ Fruta del Norte gold project, saw that company initially jump from pennies to near $2 before continuing on to $10.

Assessing the next move after discovery goes back to the target geological model. How typical are the results from the discovery hole for this type of ore body?

A high-grade intercept of 300 meters of 5 g/t gold on a porphyry target would be very unusual. It could happen in small parts of the deposit, but such mineralization is unlikely to be continuous over a large area in that type of deposit.

If the initial results look like they’ve hit a “sweet spot,” it may be worth being cautious and taking money off the table. There’s a greater likelihood that follow-on results will come in at lower values, disappointing the market.

Certain deposit types may have even less potential for expansion. In late 2010, Colombian explorer Seafield Resources (TSXV:SFF) shot from $0.20 to as high as $0.77 on an intercept of 449 meters grading 1.29 g/t gold at its Miraflores property.

But Miraflores is a type of deposit called a breccia pipe. Such formations are like long cylinders — soda-can shape — that taper at the bottom. Some can be large, but others are very small.

It was clear that the Miraflores drill hole had been completed vertically through the center of the pipe — the longest area of the deposit, which should have raised concerns that step-out holes could find shorter intercepts. That indeed turned out to the case, with the stock falling back to its original price over the next six months.

It’s also important to look at what type of drilling was done. Reverse circulation (or RC) drilling is sometimes used as a first-pass test of a deposit. This type of drilling collects a less-complete sample from below ground, with some material being lost.

RC drilling provides a quick-and-dirty indication of whether mineralization is present. But the loss of sample means that grades may not be as exact as with diamond drilling, where a more complete core sample is collected.

If a company starts with RC drilling then switches to diamond drilling to gather more information, the results could come out differently. Usually that results in increasing grades.

But the scenario can also work the other way. Sometimes explorers use diamond drilling initially, to get comprehensive information on a target, then switch to RC drilling once mineralization is confirmed in order to define the limits of the deposit.

In such case, grades can go down due to sampling losses associated with the RC technique. Investors might want to sell ahead of such an event.

How to Recognize Mining Fraud