With the Canadian government making a highly publicized and controversial decision in November not to permit Australian mining giant BHP Bhiliton to acquire potash giant Potash Corporation of Saskatchewan, some investors may question the relative lack of news flow surrounding Australia-based Paladin Energy Ltd acquiring uranium assets of Canada’s Fronteer Gold Inc in an all-stock deal valued at about $258.7 million. 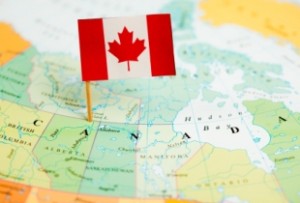 While it is very rare for the government to intervene, under the Investment Canada Act, the federal government can only allow a takeover bid by a foreign company to proceed if it deems that a deal would bring a “net benefit” to Canada. The uranium assets are located in the highly prospective Central Mineral Belt of Newfoundland and Labrador in Eastern Canada.  Some analysts suggest the deal is quite lucrative for Paladin with the company paying a mere $1.90 per pound for an estimated 130 million pound resource, compared with recent precedents of $6-11 per pound. Last week, Russia’s ARMZ announced a $1.6 billion or $10 per pound for Mantra Resources, which owns the Mkuju River project in Tanzania.

A preliminary economic assessment released in September of 2009 supported a combination open pit and underground uranium mining operation and milling facility, which could process 10,000 tonnes of mineralization per day and produce an average of approximately 5.7 million pounds of uranium per year sustainable over a 17-year life of the mine with potential for growth.  The assessment came in with expected average cash costs of $28.57 per pound of uranium.

The long term objective for Fronteer Gold is to become a significant gold producer in Nevada, and the company expects the sale will allow it to focus on its Long Canyon and Northumberland project.  According to a press release from Paladin earlier this month, “This highly strategic transaction fulfils Paladin’s long held ambition to expand its footprint into Canada, a leading country in uranium mining, both in terms of resources and its stable political and business environment, providing the company with an important new platform from which to plan its continued growth.  With this acquisition, Paladin’s global uranium portfolio increases appreciably and, with strong potential for additional uranium resource discovery to complement the existing resource base, provides a genuine development opportunity within the forthcoming decade.”

Canadian uranium giant Cameco (TSX:CCO) has an extensive, growing presence in Australia with 23 active exploration projects. These exploration projects represent more than 1.7 million hectares of land which have been part of an assembling process since 1997.  The company actually operates a joint venture project under an agreement with Paladin for two adjoining deposits, Angela and Pamela, located in the centre of Australia within the Northern Territory, 25 kilometers south of Alice Springs.

Investor’s may note a degree of irony surrounding the bi-national resource developments of the last year, as Australia has historically demonstrated a stronger governmental presence compared to Canada with regards to ownership and developments of its national mineral assets.  The country can now commence supplying uranium to fuel Russia’s power reactors following the exchange of ratification notes by the Australian Prime Minister Julia Gillard and Russian President Dmitry Medvedev formalizing a bilateral nuclear cooperation agreement.

Monday, South Australia’s Premier Mike Rann announced that his government had approved a uranium project run by a small exploration and development company Heathgate Resources at Beverley North in the Lake Frome area.  Currently, South Australia is host to three uranium projects under way; however, Queensland bans uranium mining despite holding uranium reserves.  Queensland Premier, Anna Bligh has called for a debate at the party’s national conference next year, but has said she will remain opposed to uranium mining.

The governing Australian Labour Party (ALP) decided at its last federal council meeting in 2007 to allow each state to make its own decision on uranium mining.  Former state ALP mines minister Tony McGrady, who is on the advisory board of Canadian miner Laramide (TSX:LAM), said Queensland and Australia were becoming the odd one out on uranium mining.  “Whether we like it or not, uranium is the fuel of the future,” he said.