Manufacturers, academics, and analysts all seem to agree that the long term fundamentals for uranium prices are compelling. Already the world’s second-biggest energy user, China announced last week the approval for construction of 28 more nuclear power reactors under a revised target for 2020 to meet rising demand for clean energy and to accelerate development of the industry. 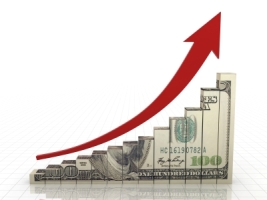 With the recent increase in demand for uranium being viewed as a signal that the spot price has bottomed, sellers have begun to raise offer prices.  The buyers have included utilities, producers and intermediaries, and this bullish trend for uranium is anticipated to remain strong.

Spot uranium prices had demonstrated weakness trending downward from a peak of approximately US $136 per pound in June 2007, partly due to Kazakhstan raising production.  Supply has tightened lately because with prices in the relatively low range of US $40 per pound, only the most cost-efficient operators have been able to function profitably in the current economic context.  On March 19, TradeTech increased the uranium oxide spot price by 50 cents to US$41.25 per pound to reflect the current demand.   On March 22, the Ux Consulting Company followed suit by increasing the price of uranium by a dollar to US$42.25 per pound.  Providing additional strength to these price increases was the Nymex Uranium appreciation on March 26 of 35 cents to US$42.35 per pound.

Manufacturers, academics, and analysts all seem to agree that the long term fundamentals for uranium prices are compelling.  Francisco Tarin, Purchasing Manager at Enusa, a Spanish joint-venture nuclear fuel rod producer, recently said in an interview, “If it goes up to $50 or $60, that would be reasonable because we have seen much higher prices in recent years and the industry could withstand them.” University of Adelaide professor Barry Brook noted that “should the contributing factors be as acute as predicted, the continuing surge in demand for uranium would be extended by a further 20 years.”  His bullish outlook at the Paydirt 2010 Australian Uranium Conference was predicated on his forecasts that rising electricity demand and declining fossil fuel dependence will lead to a global demand for mined uranium resulting in price appreciation of at least four times current valuations.  Chinese nuclear analyst at Nomura investment bank, Elaine Wu suggested that, “Uranium is going to be the key focus for China because China is not endowed with a lot of uranium resources. Currently even at 8 gigawatt capacity, China has to import about half of its uranium needs.”

The International Atomic Energy Authority, the United Nations’ nuclear watchdog, estimates that in addition to 436 reactors now operating in the world, there are 56 under construction and 200 more planned.  Those nuclear reactors are responsible for 15 percent of the world’s electrical power generation and that number is increasing.

Already the world’s second-biggest energy user, last week China announced the approval for construction of 28 more nuclear power reactors, under a revised target for 2020 to meet rising demand for clean energy and accelerate development of the industry.  Each of these reactors will produce one-gigawatt of energy and cost as much as US $2.1 billion to build.  A one-gigawatt reactor can generate enough energy to power 800,000 average North American homes for a year and takes approximately 50 months to build.

Tony De Vuono, senior vice president and chief technology officer at Atomic Energy of Canada Ltd., said, “China will be the world’s nuclear industry leader in terms of technology and also in terms of planning for long term 30-40 years.”

The U.S. Department of Energy reached a joint US $90 million cost-sharing agreement with USEC Inc. (NYSE:USU) on March 23, to fund advanced centrifuge research and the development of uranium enrichment technology.  Washington balked on a funding measure in 2009, citing technical issues at the existing plant in Ohio. USEC Chief Executive Officer John Welch said,”We have made significant progress and continue to work hard to address the recommendations of (the Department of Energy’s) independent engineer…we appreciate (the Energy Department’s) vote of confidence in the American Centrifuge technology.”  The market has also demonstrated confidence since the agreement on Wednesday with share prices appreciating from US $5.36 per share to US $5.80 at Monday’s closing.

Mark Kolebaba, President and CEO of Uranium North was pleased with the permits, “We believe that we have delineated a very large, essentially unexplored gold district in Nunavut. 100% ownership of this vast area with anomalous gold in till tied together by surrounding high grade bedrock occurrences is a very exciting opportunity for the Company. Rapidly advancing large land packages at low cost in this environment is what we do well.”