Spot uranium continued to demonstrate upward price movement, increasing $0.75 to $46.00 per pound reported by Trade Tech and $46.50 from UxC trade consultants. The bulk of material was purchased by intermediaries, although utilities, producers, and intermediaries all participated in buying contracts. 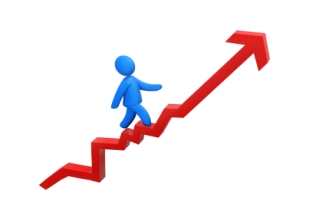 Spot uranium continued to demonstrate upward price movement, increasing $0.75 to $46.00 per pound reported by Trade Tech and $46.50 from UxC trade consultants. A total of over 1 million pounds uranium equivalent changed hands in seven transactions. The bulk of material was purchased by intermediaries, although utilities, producers, and intermediaries all participated in buying contracts. Buyers exhibited an increased willingness to pay higher prices to secure material as the week progressed and, as a result, the gap between willing buyers and willing sellers narrowed significantly. The most recent transaction was concluded at, or very near, the most recent uranium spot price. New demand emerged, represented by two non-US utilities entering the market. While current supply remains sufficient to meet demand, the recent increase in the spot uranium price led sellers to marginally raise their offer prices with each new sales opportunity.

Cameco Corp.,(TSX:CCO)  has slightly lowered its sales forecast for 2010, dropping its previous guidance for uranium sales this year from a range of 31 million to 33 million to the new guidance of 30 million pounds. The change was attributed to contract deliveries now deferred by some customers until 2011, and the historically lower level of spot market uranium prices this year.

Cameco’s Chief Executive Officer, Jerry Grandey is optimistically looking towards longer term future demands as building energy capacity is leading to the biggest growth opportunity for Canadian and global uranium miners in more than three decades.
During the most recent earnings results conference call, Mr. Grandey said, “Meeting China’s future electricity demands means deals must be made now to ensure there will be fuel for the country’s rapidly expanding reactor fleet. Cameco is well positioned to supply China and other Asian markets into the future.”  The market has responded positively since the earnings call with the share price appreciating almost 4 percent from $25.54 to the $26.56 range.

Results indicated that recoveries in excess of 90 percent of the uranium and 85 percent of the molybdenum could be recovered by pressure oxidation using a whole ore leach process in two hours. Last year’s preliminary economic assessment also indicated a very positive outlook for the project, particularly given the success in raising capital to finance the enterprise. The report estimated the mine life of the project to be 11 years, averaging 2.4 million pounds of uranium production over the first five years, and averaging 1.4 million pounds over the entire mine life. This considered uranium recovery at 90 percent, and a uranium price of $65 per pound.

Tournigan established operations in Slovakia which has four operating nuclear reactors providing more than 50 percent of its current energy requirements making it the third largest per capita user of nuclear power in the world. The country is adding two new reactors by 2013. Uranium mining is a relatively fledging concern in Slovakia, with explorations ongoing.

Slovakia seems potentially well placed to benefit from rising demand for uranium, particularly from its EU partners, which are increasingly looking to diversify their supply away from Russia, although there was some consideration of regulatory setbacks for uranium mining in the country dating to March 2009.  Parliament agreed to amendments that would give local communities and municipal and regional authorities more power to control geological research and mining after some public campaigns against uranium mining in the country.  The European Bank for Reconstruction and Development has advised the Slovak government to refrain from intervening in important sectors of the economy, in order to maintain a stable operating environment for investors.  Short term economic issues have plagued the country with GDP falling nearly 5 percent in 2009 and unemployment rising above 12 percent, as the global recession impacted many segments of the economy.  Slovak assets could rise as political parties committed to pro-investment reforms and cutting the budget deficit look to take power in the aftermath of the country’s election.