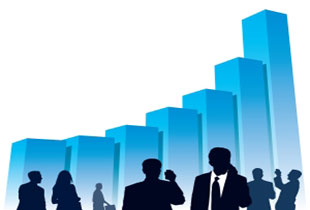 Currency exchange rate movements are reflected in the relative changes in uranium during the course of the year with the price expressed in euros increasing almost 55 percent compared to a 34 percent increase in terms of the U.S. dollar. Potentially of more interest for investors is the dynamic of price formation from the standpoint of prolific uranium producing nations (the Canadian dollar, the Australian dollar, and the South African rand) all increased in value versus the U.S. dollar. As a direct result, the uranium price did not appreciate as much relative to these currencies, with the marginal price increasing almost 28 percent in terms of the Australian dollar and slightly over 28 percent in terms of the rand.

The primary catalyst for the current increase has been the result of Chinese demand, the price impact of which has been intensified by a return of institutional investors and hedge funds to the uranium market. There has also been an increase in market sentiments for an optimistic outlook for Chinese reactor build following recent longer term sales agreements and memorandums of understanding announced by the Chinese with Cameco (TSX:CCO),  Paladin Energy Ltd. (TSX:PDN), Areva Group (EPA:CEI), United Uranium (ASX: UUL) and Kazatomprom.

The impact of the increased demand on the market has coincided with downgrades to production guidance at the Ranger uranium mine in Australia operated by a subsidiary of Rio Tinto (NYSE:RTP), among other producers.  There have also been recent indications of market discipline control production growth in Kazakhstan and marginally reduced production guidance for 2010, dating to when the uranium was trading in the high forty dollar range.

The spot market is expected to consolidate at around current levels and potentially move higher into the first quarter of next year as utilities come back into the market. In terms of short term market drivers, traders continue to point to the potential impact of producer purchases.

Utility purchases remain discretionary, although timing of demand from long term Chinese inventory build continues to be a factor and will continue to influence short term market trends, as will, Japanese and Indian utility purchases which are anticipated to increase.

A total of over 40 million pounds of uranium has been traded in the spot uranium market during this year, surpassing last year’s total volume of 38.8 million pounds. This year may become a record breaking year for spot volume as only one other year, 1990, has seen this level of activity.

The long term contract uranium price is $65.00 per pound, which is an increase of over 8 percent from $60.00 range three months ago. There are rising expectations that the contract price will continue to demonstrate upward pressure, potentially sending the price over the $70.00 per pound range necessary to support development decisions at a number of projects in the advanced stages, particularly in Namibia, eg. the large scale Extract Resource Limited (ASX:EXT) and Bannerman (ASX:BMN) projects, and potentially Deep Yellow (ASX:DYL) and Marenica Energy Limited (ASX:MEY).

South Korea’s government has just released a preliminary long term energy plan that could result in the construction of up to 14 new reactors by 2024 in order to reduce dependence on fossil fuels and help meet growing demand for electricity. If all 14 reactors are built, nuclear energy’s share of the nation’s total electricity generation could rise from the current level of about 33 percent to nearly 50 percent. The country had planned to develop 6 new nuclear energy generating facilities. The government is expected to confirm the long term plans by the end of the year.