The uranium demand surge is attributed to a number of buyers believing that the market price has reached the bottom and endeavoring to acquire material in anticipation of a future price increase. 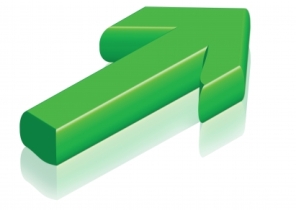 TradeTech’s spot uranium price increased $0.25 to $41.00 per pound following several weeks of inactivity.  The weekly spot price for the yellow metal on UXC also demonstrates buyers returning to the market as the price has surged $1.00 to $41.75 this week.

The strong demand activity is attributed to a number of buyers believing that the market price has reached the bottom and endeavoring to acquire material in anticipation of future price increases. Confirmation of this view was reinforced by the announcement that China has moved to obtain long-term contracts with primary suppliers. Although many market participants have extensively pointed to China’s nuclear program as the impetus for future demand growth, the recent announcements validate opinions that the country is taking action now to secure future supplies.

The rush in buying interest comes just as the US Department of Energy (DOE) enters the market to sell the final lot of inventory being sold in 2010 to fund cleanup efforts at the Portsmouth enrichment facility.

Less than 2 weeks after the Prime Ministers of Canada and India signed a civil nuclear cooperation agreement, China and Pakistan are threatening to disrupt India’s nuclear aspirations by increasing their own partnership, a  consideration that has raised international misgivings and revived apprehension about the wisdom of making a special exemption for India.

The origins of these conditions trace back to a 2008 civilian nuclear energy pact between the United States and India, terminating a 34-year embargo on nuclear trade despite New Delhi’s longstanding weapons program.  The policy objectives for the United States were to unlock the energy-starved country’s nuclear industry market, estimated at $150 billion, and to implicitly enable India to serve as a regional counterweight to the Chinese threat to security.  This decision seemed to make more sense at the time, as nuclear power was demonstrating a global renaissance as a more environment-friendly alternative to fossil fuels, such as coal, oil and gas.  While Russia, France and Britain strongly backed nuclear transfers to India, several countries such as Australia, Ireland, Austria and New Zealand had protested against  special treatment.

Under the terms of the agreement from 2008, India has been provided with access to U.S. nuclear technology and fuel in return for complying with international inspections of some of its facilities.  New plants built to generate power and fourteen of India’s twenty-two existing reactors will be opened for inspections by the International Atomic Energy Agency (IAEA); however, military facilities and stockpiles of nuclear fuel that it has produced up until now will be exempt from inspections or safeguards.

India and Pakistan have both refused to sign the Nuclear Non-Proliferation Treaty (NPT) that bars nuclear trade with states that have developed weapons technology. Washington-based Arms Control Association suggests both countries have built modest nuclear arsenals with India believed to possess approximately 100 warheads and Pakistan 70 to 80.  It is thought that India uses plutonium for its weapons, while Pakistan likely employs the uranium alternative.

In mid June, a letter was sent by a prestigious and broad array of more than 40 experts and nongovernmental organizations (NGOs) from 14 countries, to the 46-member states of the Nuclear Suppliers Group (NSG), urging that these nations “reiterate to the Chinese government that it must not engage in nuclear trade with Pakistan in a way that violates nonproliferation obligations and norms.”  In the letter, the experts and NGOs note that “The provision of uranium and/or nuclear fuel to Pakistan or India for safeguarded reactors can have the effect of increasing their respective capacity to produce enriched uranium or plutonium for weapons purposes in unsafeguarded facilities.”

4 responses to “Spot Uranium Prices on the Rise”