Skyharbour Resources (TSXV:SYH,OTCQB:SYHBF,FWB:SC1P) has launched its Campaign on the Investing News Network

Skyharbour Resources (TSXV:SYH,OTCQB:SYHBF,FWB:SC1P) offers investors exposure to high-grade uranium discovery potential at its flagship Moore Project, Skyharbour leverages its property portfolio using the prospect generator model and has partner companies fund exploration and development at its other projects. It is a cost-effective model that facilitates large exploration programs without substantial equity dilution.

The company has acquired from Denison Mines, a large strategic shareholder of the Company, a 100% interest in the Moore Uranium Project which is located 15 kilometres east of Denison’s Wheeler River project and 39 kilometres south of Cameco’s McArthur River uranium mine. Moore is an advanced stage uranium exploration property with high grade uranium mineralization at the Maverick Zone with drill results returning up to 6.0% U3O8 over 5.9 metres including 20.8% U3O8 over 1.5 metres at a vertical depth of 265 metres. Skyharbour is actively advancing and drilling the project with ongoing exploration programs. 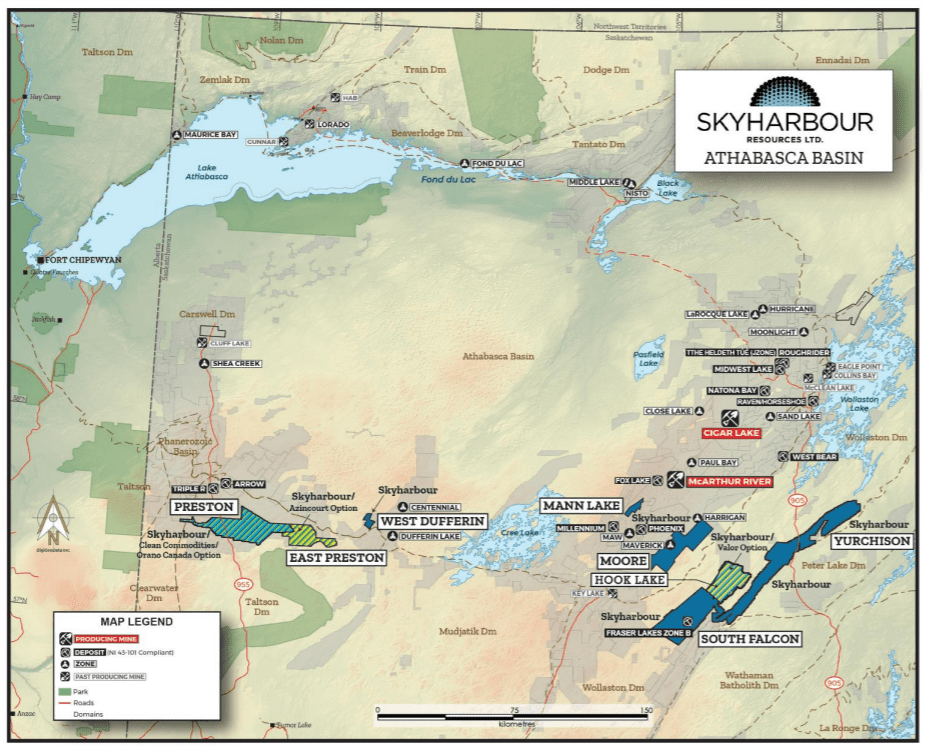