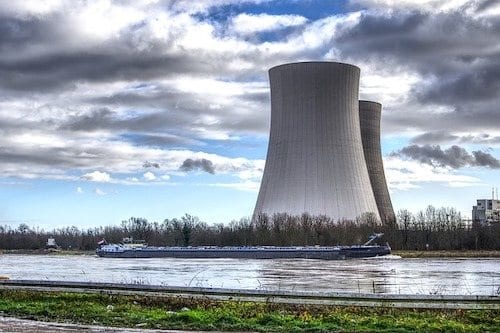 The nation is one of the few industrialized countries of its scale that does not have a nuclear energy strategy in place.

The Mineral Council of Australia (MCA) is calling on the federal government to repeal a decades old nuclear energy ban on the continent, and to examine ways of integrating the clean energy alternative into its power supply.

The release was prompted by a radio interview with Prime Minister Scott Morrison — who is actively campaigning across the country — in which Morrison was asked why Australia isn’t active in the developing nuclear energy proliferation.

Morrison, who has been tight-lipped on the issue in the past, noted that he isn’t ruling out the idea of looking into nuclear energy if re-elected, but it would have to fund itself and is not a priority focus.

“MCA welcomes Prime Minister Morrison’s comments that nuclear energy must pay its way in Australia,” reads the announcement. “MCA acknowledges the Federal Government is not considering removing the current ban on nuclear power. However, now is the time to end the discriminatory treatment of nuclear energy by repealing the ban.”

The pro-nuclear announcement follows a week of heated exchanges on the campaign trail between Morrison and the Labor Party environment critic Tony Burke.

Burke quickly took to the media to remind the PM that nuclear energy was banned in Australia in 1998, a fact Morrison said was not lost on him and he had not made any claims to repeal the ban.

Labor are getting desperate, and we are only 8 days in. This is not our policy and we have no plans to change that. https://t.co/A7TGkzP3ph

Despite holding some of the world’s largest high-grade uranium reserves, ranking third in terms of global production, Australia has a sordid history with nuclear energy dating back to the 1950s.

The trepidation started when the UK performed a dozen nuclear weapons tests on the continent. In the lead up to the testing, hundreds of indigenous people were displaced, while others were not warned ahead of testing.

Proximity to Japan and the 2011 Fukushima meltdown have also weighed heavily on the collective Australian mentality, especially in relation to finding locations that would even entertain the possibility of a nuclear reactor.

On the flipside, nuclear energy accounts for 11 percent of global electricity and is an efficient, low-cost, zero emission energy source.

“Latest generation nuclear technologies such as small modular reactors offer the potential to fully back up renewable energy sources,” added the MCA statement. “Removing the ban would allow for Australians to have a serious conversation about a genuinely technology neutral approach towards the nation’s energy mix — delivering affordable, reliable and clean energy sources.”

The nation is one of the few industrialized countries of its scale that does not have a nuclear energy strategy in place.

Australians will head to the polls on May 18.