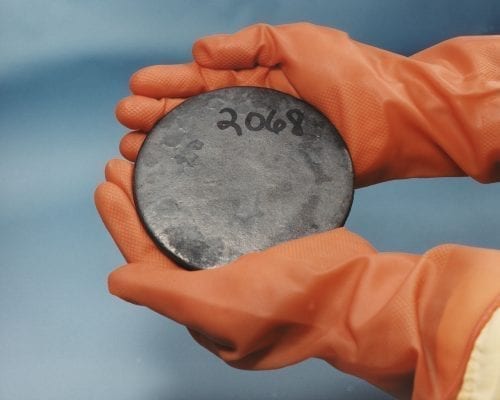 The European Commission will investigate last year’s government bailout of National Uranium Company to see if any state aid rules were broken.

The European Commission (EC) will investigate last year’s Romanian government bailout of the National Uranium Company (Compania Nationala a Uraniului or CNU) to see if any state aid rules were broken.

Romania notified the EU in June of last year of its intentions to restructure the wholly state-owned CNU. The plan earmarked 95 million euros in the form of grants, subsidies, debt write-off and debt-to-equity conversion to support the failing uranium company.

CNU employs roughly 772 people and is active in the exploitation of uranium mines and production of raw material to fuel nuclear power plants. The company extracts uranium ore, processes it to form uranium octoxide (U3O8), and after further refining, transforms it into uranium dioxide (UO2).

Romania is currently ranked 14th based on uranium production. The federally-owned CNU, has two operating sites: an uranium mining site, located in the northeast region known as Crucea-Botusana and a processing-refining plant, located in the centralized region of Feldioara.

Uranium production in Romania hit a record low in 2016, when only 50 MT were unearthed, historically the country produces 75-90 MT. The production reduction of 2016 precipitated CNU’s financial problems, which were further compounded when the company lost its main client, nuclear energy producer Societatea Nationala Nuclearelectrica.

This is the second time in less than two years the government has had to rescue CNU, an emergency aid loan of 13.3 million euros was temporarily approved by the EC in the fall of 2016.

In 2014, the EU set out strict guidelines regarding state aid for rescue and restructuring non-financial undertakings in difficulty.

According to the EC, “aid may be granted for a period of 6 months. Beyond this period, the aid must either be reimbursed or a restructuring plan must be notified to the commission for the aid to be approved. The plan must ensure that the viability of the company is restored without further state support.”

If Romania is found guilty of breaching the EU rules it could be forced to reduce the amount of aid offered to CNU, leaving the company in a precarious financial position.

Meanwhile, the spot price of uranium continues to trend down, and currently sits at US$21.00 as of  Tuesday (May 8).