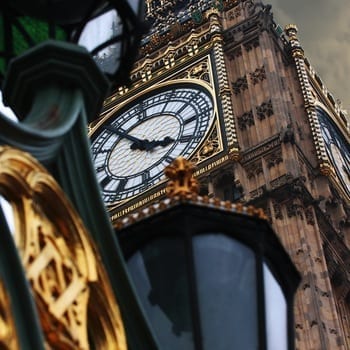 With the Brexit vote behind us and 52 percent of its voters wanting to leave the European Union, some are saying the UK’s decision to separate will boost their nuclear energy program.

With the Brexit vote behind us and 52 percent of its voters wanting to leave the European Union, some are saying the UK’s decision to separate will boost their nuclear energy program.
A recent Forbes article stated that the UK will be able to keep its new carbon tax and eliminate the EU Emissions Trading Scheme, which the publication reported has “been a relative loss for UK companies who have purchased more credits than they have sold.”
Additionally, the article noted that Britain won’t have to follow the EU’s “renewable energy” standards, but instead will be able to establish its own rules to allow for other solutions that include nuclear energy as “a major contributor to the targets.”

EDF Energy, one of Britain’s largest producers of low-carbon electricity, in addition to NuGeneration and Horizon Nuclear Power, which is an energy company developing new generation of nuclear power stations, have allegedly made a commitment to the UK’s nuclear new build program, despite the decision to leave the EU.
EDF Energy’s CEO, Jean-Bernard Levy, said the Brexit won’t impact the company’s plan to build Hinkley Point C, which is the first nuclear power station to be built in the UK in almost 20 years.
“Our business strategy is not linked to Great Britain’s political affiliation with the European Union, so we have no reason to change it,” he said. “We operate in the markets like any [other] large company, and we made sure that we did not take a position one way or the other. That means that we are in a neutral position vis-à-vis the movements that could occur in the markets.”
In October 2015, an agreement was made in place for construction at the Hinkley Point C project to allow it to go ahead. However, on June 22, it was reported that the company’s workers were seeking further delay for the project.

Projects not impacted by Brexit?

NuGeneration, a Britain joint venture between Toshiba and Engie, has said its Moorside project hasn’t been impacted by the referendum. The company intends to build a nuclear power station of up to 3.8 gigawatt capacity, which is currently still in the development phase. The company’s goal is to secure a nuclear site license in 2018.
Moving forward with Britain’s decision to leave the EU, NuGeneration said its shareholders “remain committed to taking forward” the nuclear power station to produce and sell power.
Meanwhile, Horizon Nuclear Powers has plans to continue developing its UK Advanced Boiling Water Reactor at two locations: Wylfa Newydd, which aims to secure first electricity within the first half of the 2020s; and Oldbury, which the company said its future developments should learn from the Wylfa project.
Although it seems like a number of operations and projects won’t be affected by the Brexit, others are reporting the opposite. The Financial Times reported a number of announcements were scheduled for July, including a vote on the Trident nuclear weapons capability and a suggestion that the government should reconsider the nuclear power station at Hinkley Point.
Others have said Trident won’t be affected by the Brexit. Michael Fallon, Britain’s defense minister, said he hopes parliament will vote on it shortly.
“We are committed in our manifesto to replacing the four Trident submarines and I hope parliament will be able to endorse the principle of that replacement shortly,” Fallon said.

Brexit to have far-reaching effects on climate and energy

Although a post-Brexit United Kingdom will still have ties to the rest of Europe via gas and electricity links, it will be less tied to the bloc’s decisions. That being said, there are a number of ways a Brexit could affect not only energy, but the climate as well:

In any case, the UK’s decision to leave the European is still fresh, and how it will impact nuclear energy, among other things, will become more clear with time.


Get My Free Report
Don’t forget to follow us @INN_Resource for real-time news updates!
Securities Disclosure: I, Jocelyn Aspa, hold no direct investment interest in any company mentioned in this article.