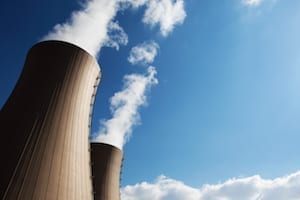 Argentina has the most advanced nuclear energy sector in South America, with three nuclear reactors and more on the way.

The country’s electricity consumption is on the rise, jumping from 2,000 kWh/year in 2002 to 3,000 kWh/year in 2015. Nuclear power currently supplies about 5 percent of that demand, according to the World Nuclear Association.

In line with Argentine President Mauricio Macri’s mandated push toward clean energy, announced in May 2016, the government is looking to increase that figure to 20 percent by 2025. The country is embarking on an aggressive nuclear power expansion program that includes the commencement of construction on two new reactors in 2018.

Blue Sky Uranium (TSXV:BSK; OTC Grey:BKUCF) is focused on acquiring, exploring and advancing a portfolio of surficial uranium properties in Argentina. The company currently has more than a combined 5,000 square kilometers of uranium tenements in the provinces of Rio Negro and Chubut.Send me an Investor Kit

With no domestic supply of uranium, Argentina must import its nuclear fuel materials. Hence, the government of Argentina is supportive of uranium exploration and development projects as it looks to lower the costs of meeting its clean energy goals.

Argentina has been involved in nuclear power generation and research and development since the formation of the Comisión Nacional de Energía Atómica (CNEA) in 1950. Today, Argentina leads the South American region in nuclear innovation. There are currently five research reactors in operation, and construction is now underway on a small, locally designed power reactor prototype, CAREM25.

Upwards of 70 percent of the reactor’s components will be manufactured in Argentina. Saudi Arabia is considering a joint partnership with Argentina for the use of the CAREM25 design for massive desalination projects in the Middle Eastern country.

In addition to the three heavy water nuclear reactors currently providing electricity to the nation’s grid, two other reactors are due to start construction in the second half of 2018. “A new Candu reactor with capacity of 720 MW will be built by Canadian company SNC-Lavalin’s Candu Energy unit and Argentina state nuclear company NASA. A second project is for a 1,150 MW Hualong One reactor to be built by China National Nuclear Corp (CNNC),” reported Reuters.

Russia is also interested in playing a role in Argentina’s nuclear energy expansion by supplying the South American nation with a potential sixth nuclear reactor. The two countries signed a memorandum of understanding in 2015 for construction of a 1,200 MWe VVER unit.

With the possibility of doubling the number of reactors supplying the country’s electricity, Argentina is definitely on track to become a powerhouse of nuclear industrial capacity. “The glaring absence at this point is primary mines within the country to source material,” as pointed out by equity research firm Hallgarten & Company.

Argentina has the potential for domestic uranium supply

Argentina’s lack of domestic uranium supply poses a considerable challenge for the country’s nuclear energy ambitions. Currently, the country imports all of its uranium needs — averaging 500,000 pounds per year — from Kazakhstan and Canada.

The 2016 edition of Red Book, a recognized world reference on uranium published by the Nuclear Energy Agency and the International Atomic Energy Agency, lists Argentina’s uranium resources at a mere 8,600 tonnes U3O8. But that has more to do with the economics and politics of the past rather than the country’s geological potential.

Argentina is in fact an attractive destination for uranium exploration and shares the same geological characteristics as uranium-rich Namibia. Geologists postulate that the numerous geological similarities between the South American and African nations show that these two regions were connected before the process known as continental drift broke them apart. “It is with this geological history as a foundation that experts have posited that Argentina, particularly Patagonia, might share the uranium wealth that Namibia does,” said Christopher Ecclestone, principal and mining strategist at Hallgarten & Company.

Limited uranium exploration and mining was conducted in Argentina in the second half of the 20th century, including seven open-pit mines; however, the last mine, Sierra Pintada, was shuttered in 1997.

The CNEA estimates that the country hosts exploration targets totaling 55,000 tonnes of U3O8. The agency is currently conducting feasibility studies on the Cerro Solo sandstone deposit in Chubut province, which hosts an estimated 4,600 tonnes of U3O8.

“This first resource estimate represents the biggest uranium discovery in Argentina in the last 40 years, and it represents for Blue Sky a major step towards our goal of defining a low-cost, regional-size uranium-producing district,” said Nikolaos Cacos, president and CEO of Blue Sky, a member of the Grosso Group. The Ivana deposit, a surficial-type deposit similar to those found in Namibia, remains open for expansion and additional resource potential exists throughout the project. Blue Sky is conducting metallurgical and beneficiation testing to inform a maiden preliminary economic assessment for completion in 2018.

This marks the fourth major discovery for the Argentina-based Grosso Group, which was instrumental in the discovery of the Gualcamayo gold mine, currently under production by Yamana Gold (TSX:YRI,NYSE:AUY); Navidad, the largest silver deposit in the world, now owned by Pan American Silver (TSX:PAAS,NASDAQ:PAAS); and the Chinchillas silver deposit, now in joint venture with SSR Mining (TSX:SSRM,NASDAQ:SSRM).

Argentina’s pro-nuclear government is pro-mining too

Argentina’s government is not only supportive of nuclear power, but is increasingly pro-mining as well. “Under President Mauricio Macri, opportunities for miners are improving. Macri took office two years ago vowing to undo protectionist policies and lure investors,” according to Bloomberg. Macri’s moves include ending currency controls, eliminating a 5-percent export tax on metals, lifting a ban on companies sending profits overseas and VAT refunds. Legally, foreign investors are given equal treatment to national investors in all sectors of the economy.

In 2017, Argentina’s federal government and 20 provincial governors signed a mining agreement with a goal of systematizing taxes and regulations. In February 2018, Mining Secretary Daniel Meilán announced his government was working with leadership in Chubut, La Pampa and La Rioja to lift provincial bans on open-pit mining.

This follows the signing of a memorandum of understanding with Russia to promote cooperation in uranium exploration and mining. “The signing of the memorandum seeks to position Argentina as a global uranium producer in the region and to fully satisfy Argentine demand for this metal from now on,” the Foreign Affairs Ministry said.

Argentina is keen on improving its economic ranking amongst its peers in South America, as well as on the global stage. The government understands that developing the nation’s energy capacity is an essential component of that economic growth, and nuclear energy provides a cleaner, more renewable, source than fossil fuels. Couple Argentina’s expanding nuclear energy sector with an evolving mining industry and a lack of domestically supplied uranium, and investors are sure to find plenty of opportunity.

This INNspired article is sponsored by Blue Sky Uranium (TSXV:BSK,OTC Grey:BKUCF). This article was written according to INN editorial standards to educate investors.