On August 23, Fission Uranium made its joint venture partner, Alpha Minerals, an offer it wasn’t ready to accept. 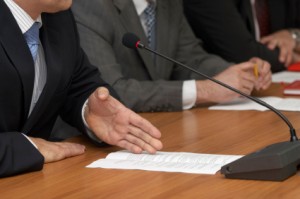 On August 23, Fission Uranium (TSXV:FCU) propositioned its joint venture partner, Alpha Minerals (TSXV:AMW), with an offer it just wasn’t ready to accept: a $170 million takeover – or more specifically an offer of 5.3 shares of Fission for each share of Alpha, represented by the closing price of August 23 of $7.26 per share. Alpha had until 5 pm EST on August 25 to respond.

Needing more than 48 hours to make a decision, Alpha Minerals declined the offer. Alpha Minerals’ VP of Communication Bob Meister admitted that Alpha did reject Fission’s proposal, but the company is not looking to close the door on a future conversation.

“The bottom line for Alpha Minerals is that we will do whatever it takes to maximize shareholder value to ensure that our shareholders are taken care of the best way possible.” Meister explained.

With the rejection of its proposal, Fission Uranium has said that it would consider making a hostile bid for Alpha.

“We certainly don’t want to have a hostile bid,” Ben Ainsworth, Alpha Minerals’ President, CEO and Director, told Uranium Investing News. “That tends to be more expensive and more complicated and there are risks for both sides.”

Currently, Fission is in the midst of a summer drill program at Patterson Lake South (PLS), but one has to wonder what would happen to the work being undertake on the project should Fission proceed with plans for a hostile bid?

“We’ve talked about it from quite early on, not long after the discovery” Ainsworth said. “Back then some [investors] insisted that we absolutely had to get unified, while others thought [the joint venture] was quite a useful way of allowing us to grow the project without having someone take a run at the project before it was fully mature. And it’s actually got a lot of distance to run yet. Some people think it might be a bit early, while others think it might be appropriate so that’s what we are discussing now.”

Consolidation in the uranium space is not new phenomenon, nor is it something that the market is likely to hear the end of anytime soon. Unlike other commodities, uranium exploration companies do not generally make the transition to producer. Instead, the more they develop their properties, the more they prime themselves to be acquired by a bigger player that likely has cash, processing and regulatory measures in place to see the project through to production. With the influx of uranium exploration companies on the scene – particularly flocking to the high-grade Patterson Lake South Camp – investors can expect to see a lot more consolidation activity.

Furthermore, given the promising, high-grade mineralizations, it would not be a surprise if somewhere down the line, the camp was considered an appropriate acquisition target by one of the major uranium players.

Discussions between the two companies are still ongoing and still amicable, said Ainsworth, with no timeline yet as to when a decision will be made.

Editorial Disclosure: Alpha Minerals is a client of the Investing News Network. This article is not paid-for content.