Decision on fracking in the Delaware River Basin is postponed one week after the Obama administration defers on the Keystone XL pipeline. 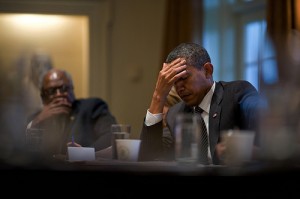 For the second time in as many weeks it appears the US Government has opted to defer a controversial decision on energy – this time involving fracking in the Delaware River Basin.

The Delaware River Basin Commission (DRBC); a body composed of the governors of New York, New Jersey, Pennsylvania, Delaware, as well as a representative of the federal government, was set to vote Monday on whether or not the 13,539 square mile Delaware River Basin would be opened up to hydraulic fracturing (fracking).

But a letter written by Delaware governor, Jack Markell, to the DRBC last Thursday indicated he would be voting against new regulations to allow the use of fracking to develop natural gas wells across the watershed, citing insufficient public review and a lack of agreement among state regulators over whether fracking posed a risk to the water supplies in the region.

“The very efficacy of the commission’s regulations depend heavily on state law or regulation but the decision-makers in each state have yet to determine whether sound science will ultimately prevail,” explained Markell in the letter.

“As such, this commission is simply not able to properly evaluate these regulations based on the science at this time,” he added.

Other than Governor Tom Corbett of Pennsylvania, who favors opening up the Delaware River basin to fracking, Markell’s letter was the only definitive statement from any of the commission members of their intentions prior to the vote. It was widely suspected that governor Andrew Cuomo of New York would be voting ‘no’ as well, while legislators from New Jersey had indicated that governor Chris Christie was leaning towards support for regulations that would permit fracking.

This 2-2 split effectively left the federal government’s representative from the Army Corps of Engineers as the swing vote heading into Monday, and as was the case on November 10 when the US Department of State postponed a decision on the Keystone XL pipeline until 2013, the Obama administration seems to have again deferred on a controversial decision with the 2012 presidential elections just around the corner.

In a statement released on Friday, the DRBC announced that the “meeting scheduled for November 21 to consider draft natural gas development regulations has been postponed to allow additional time for review by the five commission members.”

No additional information was provided on why the meeting had been cancelled or when the commission would reconvene to decide on the draft regulations.

Obama administration not revealing their hand

The Obama administration has typically supported the development of natural gas, promoting it as a cleaner burning fuel to coal and a way to reduce the country’s dependency on imports of crude oil. But the recent US shale gas boom has also drawn fierce opposition over the environmental impacts of fracking, which has been key to unlocking the vast amounts of gas trapped in previously inaccessible formations.

A moratorium on fracking in the Delaware River Basin and separate measures in New York and New Jersey have already been imposed in order to give state governments some breathing space in the face of heated public sentiment to determine where they stand on the issue.

Now, following the postponement of a decision on the Keystone XL pipeline, it appears the federal government may also be opting for a moratorium of sorts by avoiding contentious policy moves in the run up to the 2012 election.