US President Barack Obama recently unveiled his climate change strategy which is heavily reliant on natural gas for success in reducing carbon emissions and greenhouse gases. 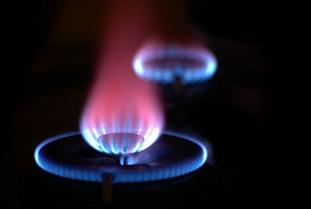 President Barack Obama recently mapped out the first climate change strategy the United States has ever seen, and investors can expect natural gas to play a large part in his plan to reduce greenhouse gas (GHG) emissions and transition the US to a low-carbon economy. However, while the future looks bright for natural gas, concerns over the impact that the new regulations will have in the long term are already being raised.

Natural gas to play a part

In his speech on climate change at the end of June, President Obama looked toward “clean-burning natural gas” as a possible solution to the US carbon emissions problem. “We should strengthen our position as the top natural gas producer because, in the medium term at least, it not only can provide safe, cheap power, but it can also help reduce our carbon emissions,” he said.

In the last few years, the United States has been experiencing a natural gas revolution. Prices have dropped from $13 per trillion cubic feet (tcf) in the summer of 2008 to below $4 tcf in recent history, resulting in significant costs savings for the American population. It comes as no surprise that the president would look to foster this booming energy.

Given Obama’s speech, it can be surmised that the war on fracking has been won. Despite previous protests, Shellenberger explains that national environmental leaders offered their “unqualified praise for the President’s speech.”

However, while the speech received some warm welcomes, it also received its share of naysayers who would prefer to see a switch to renewable energies like wind turbines and solar power take the forefront.

In an email to the Associated Press, Robert Howarth, a professor at Cornell University, said he is “extremely disappointed in the President’s position.” He went on to say that natural gas “is very likely to do more to aggravate global change than to help solve it.”

The damage that natural gas can have in the long term comes from a pesky gas called methane, which leaks from drilling and offsets any other benefits that natural gas can offer. “Methane is up to 105 times more potent at warming the atmosphere than CO2 in the 20 year time frame,” Gasland director Josh Fox told Melissa Harris-Perry on MSNBC.

Obama, however, has countered this concern by stating that there have been significant advancements in drilling technology, which is still being refined, to ensure that drilling is safer, cleaner and emits less methane.

The climate change plan put forward by the White House translates to turning away from coal and focusing on natural gas as the go-to source of energy. While on the outside that looks like the best move to reduce carbon emissions, the United States relies very heavily on coal-fired energy.

The US government is working hard to rid itself of the perception that the new action plan by the White House is a “war on coal.”

In a statement released by US Energy Secretary, Ernest Moniz, said President Obama “expects fossil fuels, and coal specifically, to remain a significant contributor for some time.” The administration is currently looking for ways to integrate coal into its energy future.