As more natural gas reserves around the globe are discovered, the number of exploration and production companies developing the energy source is increasing. 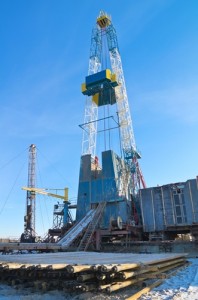 As more natural gas reserves around the globe are discovered, the number of exploration and production companies developing the energy source is increasing. Many oil companies with integrated oil and gas operations have seen significant business growth and increased revenue from the development of natural gas fields.

Natural gas is seen as an affordable, reliable and efficient form of energy, and the abundance of unconventional natural gas production is only expected to grow in the future. Below is a list of the leading gas companies in the world.

The integrated oil and gas company, based in Irving, Texas, operates in natural gas fields across the globe. Primarily operating in the Americas, Exxon is also engaged in exploration and production projects in Europe, Africa, Asia and Australia. It has approximately 37,228 gross and 31,264 net operated wells in its project areas, according to a Platts 2013 report on the top energy companies in the world.

The company has a net income of $44.90 billion, the largest of any global oil and gas company. Exxon sees strong future growth potential in unconventional natural gas resources throughout North America. ExxonMobil said unconventional gas production in North America will satisfy about 80 percent of global gas demand by 2040.

The largest natural gas producer in the world is also the top U.S. gas producer. According to the Natural Gas Supply Association, ExxonMobil’s U.S. gas production was 3,585 million cubic feet per day as of June 2013.

Exxon is also one of the top LNG producers in the world, with a liquefaction capacity of about 65 million tons per year, the Motley Fool recently reported.

The California-based integrated oil and gas company has total assets of $232,982 million, according to Platts. The upstream segment of the company is engaged in exploration, development and production of oil, natural gas and liquified natural gas as well as the transportation, storage and marketing of natural gas.

Chevron has a net income of $26.2 billion. As of the second quarter of 2013, Chevron produced 1,241 million cf/d of natural gas in the United states.

The independent oil and gas company is based in the United Kingdom and has projects including natural gas production and the liquefaction and transportation of gas. According to the company’s 2011 data, Royal Dutch Shell has proved natural gas reserves of 47,643 mmcf. The majority of its reserves are in Asia and Europe, according to the company’s website.

In the United States, Shell produced 1,167 million cf/d of natural gas during the first six months of 2013.

Open Jock Stock Company Gazprom, based in Russia, has $375,275 million worth of assets and sees $145,084 million in annual revenues, according to Platts. The oil and gas producer also engages in the storage, transportation and sale of gas and processing of gas condensate and other hydrocarbons.

Statoil is based in Norway and engaged in exploration, production, transportation and refining and marketing of natural gas and oil. Along with its oil and natural gas assets, it has 42 LNG assets in the North Sea, Norwegian Sea and the Barents Sea.

Statoil has annual revenues of $121,388 million and assets that are valued at $134,925 million. As of December 2011, the company had proven natural gas reserves of 3,150 billion cubic meters, according to The New York Times.

The France-based integrated oil and gas company has $238,502 annual revenues and assets valued at $224,804 million, according to Platts. It engages in the exploration, development of natural gas as well as the shipping, trading and marketing of natural gas. It operates in more than 100 countries around the world.

Its total assets are valued at $98,961 million, according to Platts.

The company produces and sells oil and gas in the People’s Republic of China. Its exploration and production segment focuses on developing oil and natural gas. It has total assets valued at $353,759 million.

The company is engaged in oil and gas production and the sale of petroleum production mainly in Russia. The company’s proved natural gas reserves were 992 billion cubic meters as of December 2012, Platts reported.

The company operated in 44 regions in Russia and has assets valued at $119,970 million.

The energy and chemical company engages in the production and sale of oil and natural gas. It has an annual revenue of $454,336 million and total assets of $206,605 million.

Its five main production areas are the Tarim Basin, the western rims of the Junngar Basin, the Sichuan Basin, the Ordos Basin and the Xihu depression. During the first half of 2013, the company’s natural gas production reached 324.14 billion cubic feet.