Royal Dutch Shell has confirmed a production-sharing contract to explore shale natural gas reserves in Ukraine in a deal worth approximately $10 billion. 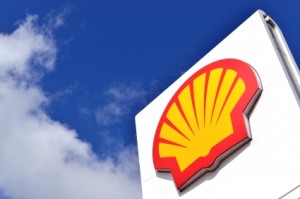 The company’s CEO, Peter Voser, told the BBC that Shell has signed a production-sharing contract to explore shale gas reserves in Ukraine. The contract was agreed to at the World Economic Forum in Davos, Switzerland and is reportedly worth approximately $10 billion. The production-sharing agreement will last for 50 years, according to a statement released by the Ukrainian unit of Shell.

Ukrainian President Viktor Yanukovych presided over the signing and described the deal as “only the beginning,” before adding, “[f]rom now on we will also be able to find a flexible method of co-operation that will add value to both our countries’ economies,” according to Economy Watch.

Reuters noted that the agreement is the “biggest contract yet to tap shale gas in Europe and the largest single foreign investment in the former Soviet republic.”

Voser confirmed that his company expects to make “billions of dollars in investments” in Ukraine should shale exploration in the country prove successful.

Right place at the right time

Shell is capitalizing on the fact that Kiev has aggressively been seeking to secure energy independence from Russia. Since 2006, energy giant Gazprom (MCX:GAZP) has twice cut gas supplies to Ukraine as a result of unpaid bills and disputes over prices, according to the BBC. The disagreements effectively left downstream European consumers in the cold for weeks as the bulk of Russian natural gas is transported through Ukraine’s gas transit system. Further, the country’s latest contract with Gazprom is the official reason Yulia Tymoshenko, the country’s former prime minister, remains in jail — after being charged with abuse of office by agreeing to a gas deal at an excessive price.

While the Shell deal will no doubt bring questions about how long Gazprom will be able to maintain its supply dominance over the Eastern European market, it poses a limited short-term threat as Ukraine is still years away from being able to actively produce gas from its shale plays.

Building on a partnership

The deal is not the first sign of a strengthening relationship between Shell and Ukrainian authorities. Last year, government officials chose Shell as a partner to develop the Yuzivska field in the east of the country. Ukraine plays host to Europe’s third-largest shale gas reserve at 42 Tcf, according to the latest information provided by the US Energy Administration; however, production remains several years off and infrastructural development will depend largely on results from test wells.

“According to Shell’s optimistic scenario about 20 billion cubic meters could be extracted annually, according to the pessimistic, one at the very least 7-8 billion,” he said, adding that if the top forecast is fulfilled, “the problem of the (gas) shortfall in Ukraine” will be completely solved.

Some analysts are of the opinion the that Yuzivska deal could revive efforts to develop unconventional shale gas reserves in Europe.

The Shell deal comes amid a surge of foreign interest in Ukrainian shale gas plays — the result of the success and evolution of hydraulic fracturing, or “fracking.” Fracking is a technique used to extract natural gas from shale rock layers deep within the earth. The method has made it possible to implement extraction at shale plays — such as those located in Ukraine — that were once unreachable.

Some forecasts suggest that Ukraine, alongside France and Poland, may hold some of Europe’s largest shale rock gas deposits. Oil and gas investment, the likes of which has not been seen since the fall of the Berlin Wall, is flooding back into the region. A Wall Street Journal article notes that TNK-BP Holding, a joint venture between BP (NYSE:BP,LSE:BP) and a group of Russian investors, plans to invest $1.8 billion in shale projects at a number of sites around Ukraine, while in June last year Italian firm Eni (NYSE:E) paid an undisclosed amount for a stake in Ukraine-based Westgasinvest, a company that boasts 1,500 square miles of land with potential shale-gas reserves.

The Shell-Ukraine deal is a watershed moment for countries throughout Europe. While Ukraine has for a long time been aware of its energy resources, the business acumen, advanced methods of extraction and markets that Shell will bring to the table may put it on the brink of something special. Expect to see a lot more oil and gas exploration and production activity coming out of this high-potential energy hub moving forward.

5 Top Weekly TSXV Stocks: ReconAfrica Jumps Over 100 Percent
5 Gold Stocks to Watch in 2021
Best Junior Copper Stocks on the TSXV
How to Invest in Platinum