The Energy Information Administration (EIA) forecasts that increasing consumption in 2012, led by strong growth in the electric power sector, should contribute to higher prices and to an economic incentive for producers to resume drilling. 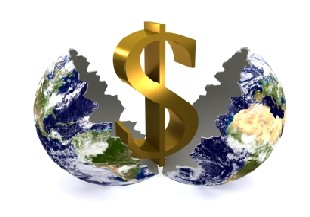 As a result of the disastrous earthquake and tsunami in Japan, the world’s third largest economy is most likely to rely on imports of spot market liquefied natural gas (LNG) along with other fuels to cover the nuclear power outages as occurred after the last earthquake disruption at the Kashiwazaki-Kariwa nuclear facility in 2007. Japan will rely on these imports to meet its natural gas needs because of limited domestic resources over the short term with potential longer term implications, as it most certainly will be reviewing its energy mix and nuclear agenda going forward. The power sector is the largest consumer of LNG, followed by the industrial sector and increased use of natural gas within both sectors has been one of the main drivers of growth in natural gas demand in Japan.

Japan became a pioneer in the global LNG trade, importing from Alaska as early as 1969. The Japanese government has promoted natural gas consumption, due to environmental concerns, and the country already accounted for about 36 percent of global LNG imports in 2009. In 2009, Japan consumed some 3.5 trillion cubic feet of natural gas, importing about 86 percent by tanker.  Last year, Japan’s LNG imports rose nearly 9 percent to 3.3 trillion cubic feet according to FACTS Global Energy.

With only one regasification terminal, reportedly shutting down as a result of the earthquake, the country should continue to import LNG and compensate for some portion of lost nuclear capacity. Japan has over 40 operating LNG import terminals with a total throughput capacity well in excess of demand in order to assure flexibility. The majority of these terminals are located near major urban and manufacturing hubs including Tokyo, Osaka and Nagoya.  Russia, Indonesia and Qatar have offered Japan LNG spot cargoes.

Many of Japan’s existing LNG contracts date from the 1970s and 1980s, and are set to expire over the next decade. Contracted imports remain vital to the country, which has led to the renegotiation of long-term supply deals, especially with Indonesia, one of Japan’s largest LNG suppliers. New supply contracts have also been made as various overseas LNG projects, in which Japanese companies have interests, come online.

Some industry analysts suggest that the future expiration of contracts is driving Japanese firms’ interest in acquiring equity stakes in foreign LNG projects, in an effort to guarantee future supply.

Japanese companies have actively sought participation in natural gas exploration and production projects abroad. Some of the major overseas projects that Japan is involved in are:

Mitsui (TYO:8031) and Mitsubishi (TYO:8058) both hold commercial interests in the Sakhalin II project.  In July 2010, Japan and Russia signed a preliminary agreement to build an LNG terminal in Vladivostok.

Inpex has a considerable number of interests in the region including the Masela Block, the Mahakam Block, the Berau Block, the Tangguh project and the North Belut gas field.

Mitsubishi also has some commercial interests including the Senoro plant, the Berau Block and the Tangguh project

Japan’s largest natural gas field is the Minami-Nagaoka on the western coast of Honshu, which produces about 50 percent of Japan’s domestic gas. Although it was discovered by Inpex in 1979, continued field exploration and development have been ongoing.  Japex (TYO:1662) has been involved in locating new domestic reserves in the Niigata, Akita and Hokkaido regions of Japan, targeting structures near existing oil and gas fields.

The Energy Information Administration (EIA) forecasts that increasing consumption in 2012, led by strong growth in the electric power sector, should contribute to higher prices and to an economic incentive for producers to resume drilling.  The total US natural gas production is expected to increase by 0.9 percent in 2012.

Last month, the Henry Hub spot market price averaged $4.09 per million British thermal units in February 2011, $0.40 less than the average spot market price in January. The EIA expects the natural gas market to begin to tighten in 2012, with the Henry Hub spot price increasing to an average of $4.58 per million British thermal units.