A look at 3 companies who outperformed analysts’ Q3 expectations – and three who came up short. 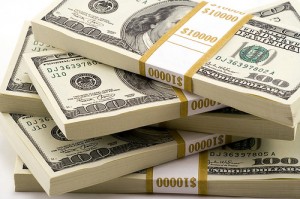 With the Q3 earnings season almost wrapped up, a more definitive picture is beginning to emerge of the gas sector’s leading third quarter performers – along with a few disappointments.

Below is a look at three companies who outperformed analyst`s Q3 expectations, and three who fell short for the quarter.

Apache enjoyed a very strong Q3, primarily due to an increase in output for the sixth consecutive quarter, with production averaging nearly 2,268 million cubic feet (mcf) per day.

Apache also acquired Exxon Mobil Corp‘s (NYSE:XOM) Beryl Field in the North Sea for $1.75 billion in late September, which has a current production rate of 58 mcf per day.

Profits were up were for Chesapeake during Q3, and after surpassing analysts’ estimates by 6 cents per share the Oklahoma-based producer looks set for a strong Q4 as well. Along with its Q3 results Chesapeake announced two upcoming deals tied to its Utica Shale play that could bring in a further $3.4 billion for the company.

The largest of the deals will see Chesapeake  enter into a joint venture with an undisclosed firm, with the partner taking a 25 percent interest in 570,000 acres of Chesapeake’s Utica shale assets.

EOG recovered from a dismal Q3 in 2010 to report a profit of $541 million in 2011 and top analysts’ estimates by 5 cents per share. The company benefited from a growth in yields from their plays in the Eagle Ford and Barnett Shales.

Marathon’s first full quarter since the spinoff of its refining business on June 30 saw it miss analysts’ expectations by a fair margin. Profits fell to $405 million from $696 million in 2010 when the now independent refining arm was still part of the company.

According to Marathon, the steep drop was also brought on by a $227 million charge for a foreign tax credit.

Anadarko missed analysts’ estimates for Q3 by 2 cents per share after posting a $3.1 billion loss. Much of the loss was attributable to a $4 billion settlement paid by the company to BP plc (LSE:BP). Anadarko held a 25 percent interest in BP’s Macondo well, site of an explosion and subsequent oil spill in the Gulf of Mexico in 2010.

Profits were up during Q3 for Texas-based Exco, but the company still fell shy of analysts’ estimates for the first time in 3 quarters. Production surged to 540 mcf per day, primarily from the company’s Hayesville/Bossier shale play which averaged 401 mcf per day.

Despite this, a reported 67 percent rise in expenses from Q3 2010 weighed down on Exco’s performance over the quarter.