The Canadian natural gas market watched with interest as the recent Progress Energy takeover marked the first instance of an Asian investor launching a buyout of a Canadian partner in a gas project. 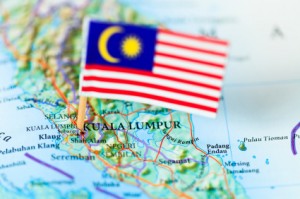 The move is bound to cause a stir in the North American natural gas sector, which is seeking to increase the availability of gas supplies to Asian markets.

According to the mid-sized Canadian producer, the purpose of the deal was to accelerate the two companies’ plans to bring liquified natural gas (LNG) to the British Columbia coast for transport to energy-starved Asian markets. Progress is best known for its reserves in Alberta’s Deep Basin and British Columbia’s Montney tight gas region.

Purchased at a premium

While the aim of creating a more effective way to export LNG from BC is nothing new, what is significant is the price PETRONAS was willing to pay to achieve this objective. A company press release shows that the energy giant tabled an offer of $5.5 billion, or $20.45 per share, a premium of 77 percent on Progress’ share price at the time. Interestingly, in April Progress denied that it was in talks after news emerged that PETRONAS was considering a proposal to buy the producer.

As part of its three-year joint venture with Progress, PETRONAS agreed to fund 75 percent of drilling in the companies’ North Montney holdings and to look into building an LNG plant in Western Canada. The plant will begin operating in 2018 and will have a processing capacity of 1.2 billion cubic feet of natural gas a day; it will be directly supplied, via new pipelines, from gas fields in northeast BC. However, since other gas companies are attempting to kickstart the sector, which has fallen victim to a monumental plunge in prices, this study is not the only project in the region.

There are currently three major LNG projects moving ahead on the BC coast. Many believe that these operations form a solid platform for the industry as they provide a new market for depressed Western Canadian gas. Asia’s natural gas prices are traditionally much higher than North America’s because they are linked to oil prices and there is adequate demand to absorb huge supplies from newly-discovered shale plays.

The approval of the expansion of the proposed Pacific Trail Pipelines project, which is set to transport natural gas from Northeast BC to the coast at Kitimat for export overseas, has also drawn attention to BC. A $4.5-billion-plus LNG terminal at Kitimat capable of producing 5 million tonnes of LNG a year, with the potential to expand to 10 million tonnes a year, is planned as well.

The Progress takeover is significant because it is the first time an Asian investor has launched a buyout of its Canadian partner in a gas project. It will allow the company access to much-needed capital aimed at development – something few producers can lay claim to as North American prices remain weak on the back of the rapid development of shale supplies and brimming inventories.

Investors have likely noted that news of the merger resulted in a rally in the shares of other gas producers. While the market is desperately seeking positive indications amid near-record price lows, some analysts are urging caution in the short term. In a note to clients, analyst Kurt Molnar of Stifel Nicolaus commended the deal, but also warned against assuming that mass bids for other gas producers will emerge.

“We would counsel some conservatism by investors who will try to find similar situations in the market: the Progress scenario was rather unique,” he said.

Eric Nuttall, energy portfolio manager at Sprott Asset Management, took a similar stance when questioned on whether the merger – coupled with sharp rises in share prices – is a positive sign. He urged caution when making such predictions, arguing that the PETRONAS-Progress deal is unique.

“That shows how you can get knee-jerk reactions,” said Nuttall. “Then people start actually thinking about it and realize it really is a company-specific matter with Progress and PETERONAS as opposed to a coming wave of M&A because natural gas stocks are so cheap and just have to be bought.”

There are also those who suggest the move underlines how Asian markets will be altering their business models moving forward. PETRONAS is now in complete control of all aspects of its Pan Pacific business, which includes natural gas resources in Western Canada, an LNG plant in BC, and a booming Asian market.

Low gas prices along with an abundance of struggling North American producers could very well lay a base for increased Asian takeovers in a short-term market struggling to remain above water.

Highlighting this idea is the rapid pace at which the Canada-Asia relationship became a factor; Asian customers only began to focus on Canada as an LNG supplier just over a year ago, in the aftermath of Japan’s nuclear disaster. Now, factors such as Canada’s political stability and established regulatory framework are making many companies prime takeover targets in the near term.

The market could very well bear witness to an increase in M&A activity over the coming months, but while many producers feel that a turn in natural gas prices could be on the horizon, one must ask how many of them will have access to capital  long enough to see the market through to that point.