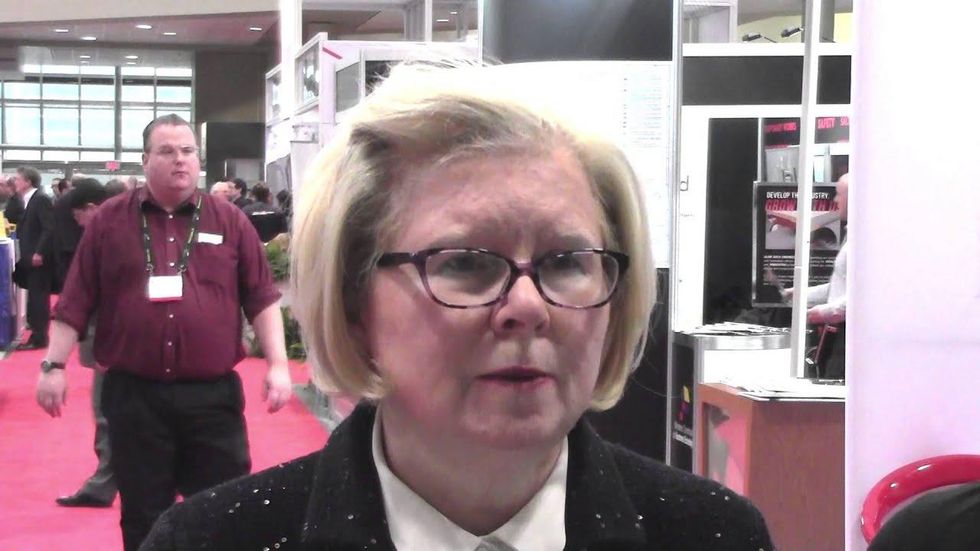 Mohr believes WTI likely bottomed at about $44 per barrel towards the end of January. She also sees prices perhaps moving back up to $65 to $70 by the end of the year.

At the recent PDAC convention in Toronto, Resource Investing News had the chance to speak with Patricia Mohr, vice president and commodity market specialist at Scotiabank.

She weighed in on what’s going on with the global economy, noting that Scotiabank’s Commodity Price Index has fallen below the low hit during the last recession, and “is now at levels last seen in 2007.” Explaining how that happened, she said it’s partially due to the fact that “we’re having some market share fights in the oil and iron ore industry — some capacity expansion in a very lackluster global economy, so market conditions are extremely competitive.”

That might sound alarming, but Mohr pointed out that “if investors are willing to hold equities for several years … it’s quite a buying opportunity, particularly for the base metals, and also possibly for some of the gold equities.”

Looking at oil, Mohr said she believes WTI likely bottomed at about $44 per barrel towards the end of January. “I do think there’s a good chance that it was the bottom,” she said. Specifically, she noted that Scotiabank sees WTI prices moving back up to $65 to $70 by the end of the year. Looking further to the future, she said that later in the decade she anticipates “much stronger oil prices at the $80- to $100-a-barrel level.”

In closing, she noted that “zinc is actually going to be the next big base metal play,” with prices averaging about $1 per pound towards the end of this year, and then perhaps moving up to $1.50 in 2016.

Watch the video below for more of her thoughts.

RIN: I’m Charlotte McLeod with Resource Investing News, and here with me today at PDAC, is Patricia Mohr, vice president and commodity market specialist at Scotiabank. Thank you for joining me.

RIN: Great. You said in a recent note that commodities prices are at the level they were at in 2007. So, how did that happen? Are we in a similar situation in terms of the global economy?

PM: Yes, our Scotiabank commodity price index has fallen actually below the previous load during the last recession and is now at levels last seen in January 2007. Global economic conditions are probably as good as they were certainly in the immediate aftermath of the global downturn, but what has happened is we were having some market share fights in the oil and iron ore industry, some capacity expansion in a very lackluster global economy. So, market conditions are extremely competitive and prices really have moved down much more than I would have forecast.

I think also the broad-based strength of the US dollar against many currencies is actually leading to some US-dollar discounting by certain countries such as Russia where the Russian ruble is down something like 43 percent since last fall, so, very unusual situation.

RIN: Okay. Interesting. Now, shouldn’t investors be worried about these low prices or is it safe to say it’s an opportunity?

PM: Well, I think investors should be worried about the prices they are exceedingly low, as something we wouldn’t have forecast. But at the same time, I think that if investors are willing to hold equities for several years, that is quite a buying opportunity particularly for the base metals and also possibly for some of the gold equities.

RIN: Okay. And one commodity that’s been having quite a tough time is oil. But from what I understand, you see improvement coming later this year. What main factors do you expect to see bring some balance back to the sector?

PM: Yes, I think WTI Oil probably bought them at about $44 per barrel at the end of January. Now, of course, it’s always difficult to call a bottom in these commodity markets. But I do think there’s a good chance that it was the bottom. I think that global exploration and development spending is going to be down possibly as much as 30 percent this year.

There’s going to be quite a sharp drop in drilling activity in the US shales after a huge buildup last year. So, I think in the second half of the year, world oil production is going to level off. Demand is growing slowly, and of course, low gasoline prices have led to a big surge in buying of bigger cars and SUVs in the United States.

So, demand is going to pick up this year for petroleum, and I think, with that, we’ll see stronger prices.

RIN: Now, would a pickup in oil prices be long-lasting? I’m just wondering what would stop producer from ramping up once they see prices getting better?

PM: Well, we expect prices for WTI to move back up to $65 to $70 a barrel by the end of the year. I think there probably will be some positive response in terms of some producers ramping up, drilling activity again in the US shales such as the North Dakota Bakken.

So, we’re probably in the next few years into a situation where you’ll have a pickup. There’ll be a little bit of a drilling recovery, it’ll move down again. There’ll be a pickup again. And probably prices are going to stay and about $45-to-$70 range.

I think later in the decade, because of the massive decline in exploration spending that I think is coming, I think that it really opens up the opportunity for very tight physical markets again later in the decade and much stronger oil prices at the $80-to-$100-a-barrel level. But for the next couple of years, I think, we’re going to be caught this situation of only a moderate improvement.

RIN: Okay. Finally, are there any other commodities you see having good prospects moving forward? I think you mentioned base metals.

PM: Yes, well, I think, and, of course, we’re at the PDAC, so, I’d like to pick a few commodities of interest to people who are interested in mining. I think zinc is actually going to be the next big base metal play. And we expect actually quite an improvement starting in the second half of this year, probably prices averaging about $1 a pound. And then moving up to possibly as high as a $1.50 a pound next year.

So, I see quite a strong outlook for zinc. It has to do with mine depletion at a number of major mines around the world. There will be some brownfield mine expansion, but it’s not going to keep pace with demand growth around the world.

So, we see stronger prices as the decade unfolds.

RIN: Okay. Great. Thank you for sharing your insights.

PM: Thanks very much, Charlotte.

RIN: Thanks. And I’m Charlotte McLeod with Resource Investing News.