Oil prices eased modestly early on March 28 after advancing rebels in Libya announced that they would be able to resume crude exports in a week and Qatar promised to help them market their product on world markets.The price remains 8 percent higher than it was a month ago, and 30 percent higher than a year ago, challenging global economic recovery. 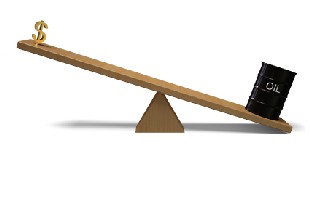 The dislocation of individuals and human suffering caused by recent events in Libya and Japan, whether due to natural disaster or civil violence, is both broad and widely felt.  Prospects of bringing relief and resolution to these affected areas, both Japan and Libya, are fundamental links in the context of the global energy supply chain. The disruption to normal economic and productive activities in both countries carries worldwide consequences.

Libya’s value to global oil markets is primarily derived from its relative position as North Africa’s second largest producer of crude oil, and as a net exporter of high quality crude oil, mostly to Italy and other European countries. Japan looms large primarily as a consumer of crude oil and refined products and other energy inputs. Elevated by the prospect of growing oil demand due to swelling insecurity in the Middle East and the uncertain nuclear situation in Japan, the weekly average oil price of the Organization of Petroleum Exporting Countries (OPEC) rebounded last week to a new high in two and a half years.

According to the Vienna-based cartel, the OPEC basket oil price reached $110.63 per barrel in the past week, hitting a new record since the second week of August 2008.  Throughout the past week, OPEC oil prices hovered above $110 per barrel, ranging within a narrow margin. Although Libya’s crude oil output represents only a small share both in OPEC oil output and in world oil consumption, it was worried that the turmoil in Libya would spill over to other oil-producing countries in the region.

Meanwhile, as Japan’s nuclear difficulties continue to unfold, it was expected that some other countries would have their nuclear power plants shut down, which would lead to an increasing demand for crude oil for fuel power generation. On Monday, Scotia Economics released its Scotiabank Commodity Price Index, citing Patricia Mohr, Vice-President, Economics and Commodity Market Specialist highlighting the event. Ms. Mohr states, “Of the events which followed Japan’s earthquake and tsunami, the incident at the Fukushima-Daiichi nuclear plant near Sendai – specifically, the loss of backup electric power needed to cool nuclear fuel rods and spent nuclear fuel – is likely to have the largest impact on overall commodity markets going forward.”

Amid the situations in Libya and Japan acting as catalysts for commodity markets, speculation on the international crude oil market has increased significantly, resulting in some analysts suggesting a crude oil bubble might be taking shape and that the market was becoming more sensitive and uncertain. Accordingly, some institutional investors on the international crude oil market are opting for short-term operations. As a result, some analysts suggest that commodity prices, including crude oil prices, would undergo considerable fluctuations.

Oil prices eased modestly early on March 28 after advancing rebels in Libya announced that they would be able to resume crude exports in a week and Qatar promised to help them market their product on world markets. In morning trading on the NYMEX, the price of light sweet crude was in the range of $104.72, a decline of 68 cents. The price remains 8 percent higher than it was a month ago, and 30 percent higher than a year ago, challenging global economic recovery.

Critical questions in Libya involve the duration of the unrest, whether the production infrastructure will suffer any lasting damage, and what form of energy landscape will emerge from the conflict. The major European refiners, seen as the primary market of Libyan oil have been operating with minimal problems; however, as it is becoming increasingly clear that the crisis appears less transitory, the market will need to make adjustments for the longer term.

Japan is the world’s third largest oil consuming economy behind the United States and China, and an industrial giant. While the earthquake and tsunami have spared the majority of its industrial heartland, the nation’s entire economy has been affected – as have been, to an extent still unclear, the many economies that depend on it for inputs or as an outlet for their own production.

Initial assessments from analysts and underscored by the United States Energy Information Agency (EIA) suggest the market impact will likely be two-tiered. First, the disaster could cause a temporary reduction in Japanese oil demand, partly offsetting the Libyan supply shortfall. While much media attention has been focused on infrastructure related to nuclear power generation, the span of the damage is broader and includes factories, roads, ports, thermal power generation, refineries, and other transportation logistics that directly affect the use and movement of oil.

In the longer term, however, market expectations are that the Japanese disaster will cause oil demand to rebound in order to support reconstruction efforts when they get underway and make up for some part of the loss in nuclear power generation. What is less clear is the timing of the transition from phase one to phase two of the quake’s aftermath – i.e., the expected bottom in Japanese oil demand.

The EIA reports that typically, a $10 increase in the price of a barrel of crude oil translates into an increase of about 24 cents in the retail price of a gallon of gasoline over the course of about eight weeks. About half of that increase generally takes place within two weeks. Thus, a portion of the sharp crude oil price increase that happened weeks ago in the wake of the first Middle East headlines is still working its way through retail prices.