High-premium bids for oil and gas producers are fast becoming the focus of potential investors. 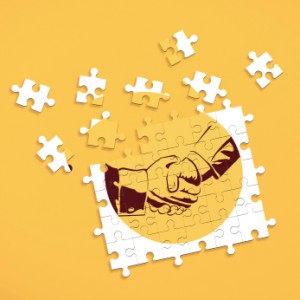 Progress Energy Resources’ (TSX:PRQ) stocks surged last week on speculation that a mystery bidder had made an unsolicited offer for the company. The move came not long after PETRONAS, Malaysia’s state-owned oil and gas firm, offered to buy Progress for 77 percent above its market value – a bid few imagined could be bettered. However, following news of the competitor, PETRONAS has now agreed to raise its $5.5 billion offer by 8 percent, to $22 per share, in a deal now worth $5.9 billion.

Cristina Lopez, an analyst for Macquarie Securities, summed up her surprise by stating, “I thought that it was done.” She added that the mystery bidder could include any one of a number of large multinationals, including Royal Dutch Shell (LSE:RDSB) or ExxonMobil (NYSE:XOM).

However, it is not necessarily news of the bid that has piqued investor interest, but rather the overall message that buyers are willing to offer substantial premiums above companies’ market valuations to secure natural gas reserves. Investors, especially those with an interest in the space, will see that as a sign of the increasing attractiveness of Canadian oil and gas companies to Asian firms eager to secure supplies.

As Canadian gas producers have suffered due to record price lows for some time, news of the bid could be just the lifeline the sector is looking for.

According to RBC analyst Michael Harvey, there has been a notable increase in takeover activity since the Progress deal was initially announced. Harvey also reminded investors that “knowing that another potential acquirer is involved should keep Montney producers well bid.”

In a report by the Financial Post, Harvey was quoted as saying that junior firms like ARC Resources (TSX:ARX), Painted Pony Petroleum (TSXV:PPY) and Celtic Exploration (TSX:CLT) are likely to gain attention as high-potential takeover opportunities moving forward.

It is not only gas producers that are benefiting from increased attention. Days before the Progress announcement, state-owned China National Offshore Oil (CNOOC) proposed a $15.1 billion purchase of Nexen (TSX:NXY,NYSE:NXY) in a move that could boost Canadian and North American oil and gas merger and acquisition (M&A) activity.

The Calgary Herald quoted Andrew Potter, an energy analyst for CIBC World Markets, as saying that these two deals might spark an increase in activity moving forward.

“With the M&A landscape heating up, companies struggling to get a deal done may get a boost as buyers try to avoid bidding wars,” he said. “We believe that big premiums will be the norm as long as companies trade at above average discounts. While typical M&A premiums of 30 per cent used to be normal, recent transactions are steadily showing 60 per cent plus, making it more likely that buyers in other transactions will have to pay up as well.”

With the vast majority of Canadian junior oil and gas producers still trading at substantial discounts to their true worth, now might be an opportune time to invest in firms that have increased their reserve base and have been able to maintain healthy balance sheets over what has been a challenging couple of years.

Potential investors will also do well to practice caution by not getting too caught up in news that does not yet indicate a broader trend. The fact remains that until now Western Canadian M&A activity has been stagnant for some time as a result of plummeting commodity prices and a reeling junior market sector.

However, from a timing perspective, mergers such as these indicate signs of the race to secure resources in the wake of increasing competition to supply liquefied natural gas (LNG) terminals on British Columbia’s northern coast.

“I think that there are going to be big deals done in northeast British Columbia,” said Chris Theal, president and CEO of Kootenay Capital Management, in an interview with the Financial Post.

He noted that if the failed bidder in the Progress deal was in fact a major such as Exxon, junior and mid-scale producers, or at least their BC assets, could very well become near-term targets for acquisition. He also added that he would not be surprised to see a bid offered on the proposed Kitimat LNG plant, which is owned by a consortium made up of Apache (NYSE:APA), Encana (TSX:ECA) and EOG Resources (NYSE:EOG).

“If [the unsuccessful bidder] is Exxon and they are not successful on Progress, then I would be willing to put money down on Exxon ultimately owning the Kitimat LNG facility … or at least operating it,” said Theal.

The fact remains that companies planning to export LNG from Canada’s West Coast will need to secure resources well ahead of time. While the energy export market remains enticing from a corporate perspective, the logistical challenges of finding space to build terminals and securing conveniently located producers with focused assets remain.

While many will be falling over themselves to invest in companies that can be sold at premiums, others see the fact that potential buyers are mainly foreign-based firms. The suggested downside is that control of a sector that has the potential to become a true game changer in North America is already slipping abroad. The region is a treasure trove of opportunity; however, just who might take advantage of it has yet to be seen.