Prior to the Gulf of Mexico oil leak in April, U.S. regulators approved about a dozen permits a month to drill in the shallow waters off the Gulf. Following the spill, a considerably more cautious approach has barely allowed one a month, despite the six-month moratorium only affecting wells in much deeper waters. 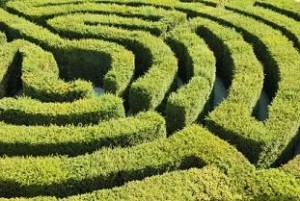 Prior to the Gulf of Mexico oil leak in April, U.S. regulators approved about a dozen permits a month to drill in the shallow waters off the Gulf. Following the spill, a considerably more cautious approach has barely allowed one a month, despite the six-month moratorium only affecting wells in much deeper waters.

The Bureau of Ocean Energy Management, Regulation and Enforcement confirmed on September 19 that the well leaking as a result of the Deepwater Horizon Incident on April 20 has been successfully cemented and plugged and that the relief well has been completed. The well no longer poses a continuing threat to the Gulf of Mexico.

With less than two months until operators are able to resume drilling new wells in one of the most prospective oil frontiers in the world, the fear is that regulatory impediments may stall investment activity for months longer.

Most of the Gulf’s major untapped reserves lie in waters deeper than 500 feet. This means crude oil production and profitability for deepwater drillers would both be constrained if more rigorous approval standards with longer time frames are applied to new deepwater drilling permits. In first three months of 2010 prior to the oil spill, the department permitted 32 new shallow water wells, an average of about 11 a month.

Many oil companies such as Noble Energy (NYSE:NBL), Chevron (NYSE:CVX) and Royal Dutch Shell (NYSE:RDS.A) have already postponed projects in the wake of the drilling ban.  Last week, Noble announced that it does not even expect to be able to restart its exploration program in the Gulf until late 2011.

This may lead into slower development of new oilfields the government has been counting on to limit its reliance on foreign crude hindering efforts to boost deepwater Gulf output.  The government had previously forecast a target level of 1.68 million bpd in 2013 and 1.71 million bpd by 2020. Last year, production levels exceeded 1.2 million barrels per day in 2009.

The Department of Energy reported that earnings of major U.S. oil and natural gas producers in the second quarter of 2010 increased significantly from the second quarter of 2009. Additionally, the earnings of refiner/marketers and oil field companies (oil field companies provide drilling and other services to producers) increased even more sharply in the second quarter compared to last year’s levels.  The report did caution that last year was particularly weak and worldwide refining/marketing net income remains below its level over the 2005 to 2007 period.

The average world crude oil price last Friday was $76.11 per barrel, $1.69 more than the previous week’s price and an increase of $8.09 from a year ago.  West Texas Intermediate prices were $73.63 per barrel, $2.77 below the previous week but $1.68 increase from a year ago. U.S. commercial crude oil inventories (excluding those in the Strategic Petroleum Reserve) increased by one million barrels from the previous week. At 358.3 million barrels, U.S. crude oil inventories are above the upper limit of the average range for this time of year.  The U.S. Department of Energy’s Energy Information Administration reported a 1 million-barrel build in U.S. oil inventories for the week ending last Friday. Stocks of gasoline and distillates, which include heating oil and diesel fuel, also increased.  Concerns that oil demand will be stifled by a weakening global economy have persisted in keeping a cap on oil prices with crude prices falling earlier in the week on renewed fears about the U.S. and European economies.

How Has COVID-19 Impacted Oil Supply and Demand?
5 Top US Oil and Gas Dividend Stocks
Have We Reached Peak Oil?
Ways to Invest in Oil