Factors including low gas rig counts, declining production levels, and faster-than-anticipated shale well declines present a scenario that could very well be conducive to natural gas price rallies in the short- to medium-term. 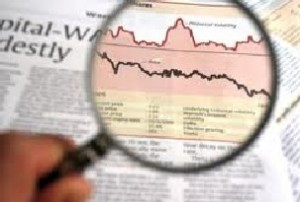 Natural gas has displayed a marked price rally over last the two months, resulting in bullish investors once again finding their voices in the market.

The commodity’s decline following media reports outlining a glut in production and storage has been severe. Gas prices have, however, recently rallied to a fresh seven-month high, driven by forecasts of higher-than-normal temperatures and a decline in overall supply.

On the back of these developments was confirmation that gas now produces more power for United States consumers than coal. The combination of these factors has caused investors who had long since removed natural gas companies from their investment portfolios to once again shift their attention back to the energy source that many feel is on the rise.

Supplies on the decline

In April, gas sank to $1.90 per one thousand cubic feet (Mcf), its lowest level in a decade and a decrease of 86 percent from the 2008 price of $13.69/Mcf. Front-month September natural gas futures on the New York Mercantile Exchange are currently trading at $3.15/Mcf. Although these levels are far from satisfactory, some speculators argue that a price surge is not far off. According to the latest US Energy Information Administration (EIA) storage numbers, inventories currently stand at 3.189 trillion cubic feet – 19.3 percent above the five-year average. While this figure might seem exorbitant, it is still a long way off the 49.9 percent figure recorded only two months ago and is a sign that lower natural gas prices are making the commodity a major focus of energy providers worldwide – a fact that is not true for oil.

Adding to this interest are figures suggesting that the seemingly overflowing natural gas supply is in fact far from never-ending. According to a recent Forbes opinion piece, natural gas could be headed for levels as high as $8/Mcf this winter based on statistics revealing that actual output over the last two months has declined. Meanwhile, natural gas producers in the US have been shutting down natural gas drilling operations as they focus on more profitable oil wells, with the number of rigs having declined every month since October to a new 13-year low of 372. When this information is added to the fact that majors such as Chesapeake Energy (NYSE:CHK) have shut in parts of their dry gas production, one might feel that gas consumption could very well exceed EIA projections by the end of 2012.

Investors will also no doubt be intrigued at the potential lack of readily available natural gas supply able to infiltrate the market at short notice. As a result of the plunge in pricing over the past 18 months, many producers chose to shut wells, resulting in the first-ever decline in shale gas output. Curbing production has been a difficult decision for companies, especially juniors, as on average shale plays record declines of 30 percent per annum in comparison to the 20 percent seen in conventional gas plays. Many producers are therefore being forced to cut back on drilling, which some feel could lead to a surge in pricing if supply is suddenly unable to meet market demand.

As shale gas production is a relatively new phenomenon there is very little historical data to draw on when attempting to forecast what a decrease in supply might mean for the market. Presently, US dry natural gas production runs at approximately 65 billion cubic feet (Bcf) per day, a marked increase on the 50 Bcf/day recorded only a few years ago. This production growth is largely the result of shale plays, so shut ins and high decline rates could send prices soaring if these plays are unable to keep pace with current demand.

To keep production flat the industry will need to replace approximately 20 bcf/day. However, if suppliers are unable to generate enough capital to fund this replacement – which is highly likely in the juniors market at current levels – output will have to be curtailed until prices recover.

While this might be bad news for many junior companies from a growth perspective, these supply gaps will nevertheless be need to be filled – something investors will be all too aware of. Investment capital is therefore likely to be focused on companies that have been able to weather the storm of the past 18 months and still record profitable balance sheets in a low-profit market environment.

A combination of low gas rig counts, declining production levels, shut ins, and faster-than-anticipated shale well declines present a scenario that could be conducive to natural gas price rallies in the short- to medium-term. The combination of these factors, along with warmer temperatures and a further increase in the use of natural gas for energy production, could heavily tip this fragile supply/demand balance in favor of the producer.

While it might not seem abundantly clear just yet, well-funded juniors that are able to maintain production at today’s discounted prices and that have the financial and technical capacity to increase production at short notice will become the mainstay of energy-focused investors moving forward. It is important to realize that the case for natural gas prices is based not on soaring prices, but on incremental demand growth and a modest and gradual rise to a sustainable level. Low-cost operators with the ability to continuously increase reserves and production should do well, and so will their investors.