The political uprisings in the oil-rich region of the Middle East and North Africa are pushing oil prices to a dangerous level that threatens to force many still recovering economies into another recession. Wayne Atwell, Managing Director of Casimir Capital, spoke with Oil Investing News, a part of The Resource Investing News Network, about the possible implications for the resource markets. 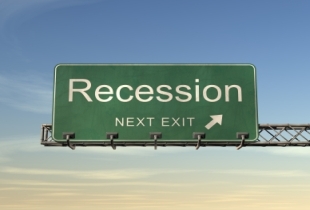 The unexpected wave of popular uprisings that have swept over the Middle East and North Africa (MENA) has shocked the rest of the world; and investors are bewildered, running for the protection of safe haven assets like gold and silver.

The movements have spread to oil producing nations, catapulting the price of oil to over $100 per barrel and Brent Crude to over $114 per barrel. Saudi Arabia has stated that it will up production to make up for the loss of Libyan oil. However, their sour crude is not up to the standard of Libyan sweet crude in relation to gasoline and diesel refining; especially in Europe, raising the cost of producing fuel. This may turn out to be a short term scare, with prices returning back to their pre-crisis levels. On the other hand, if these uprisings spread–and there is a very real chance they will—prices may remain high in the medium term.

Massive protests have erupted in Iraq and their largest oil refinery at Baiji was damaged in an attack Monday that destroyed two of four production lines and killed four employees, reducing the capacity by 150,000 barrels per day. Iran has been systematically shutting down dissent; Yemen, Bahrain, Jordan, and Saudi Arabia have all seen protests. The Saudi’s gave away $37 billion to the people as an appeasement, but money can only go so far when a nation wants freedom. Many in the political community have been waiting for an uprising in Saudi Arabia for quite some time. If these countries see any large scale protests the price of oil may go higher and higher still.

What effect will $150 or higher oil have on a world economy that is still struggling to get back on its feet?

Economists at Nomura Holdings Inc. have made a doomsday prediction if unrest moves to neighboring Algeria, with both Libya and Algeria cutting production. “We could see $220 a barrel should both Libya and Algeria halt oil production. We could be underestimating this as speculative activities were largely not present in 1990-1991,” said Michael Lo, Nomura’s oil strategist. If another oil producing nation goes the way of Libya, or if many smaller protests disrupt oil supply in multiple countries, oil prices could easily rise above $150 a barrel in the short term.

What does this mean for commodities markets?

Since the start of the uprisings, which began in Egypt on January 25th, the price of gold rose 7.57 percent from $1334 to $1435 per ounce at close on March 2. Silver has risen as well, up an impressive 28.7 percent from $26.95 to $34.68 per ounce. Investors are putting more money in precious metals as a store of wealth in uncertain times.

Base metals may not see these same gains, as they are tied to economic activity and growth. Sustained high oil prices pose a threat to economic growth. A run up in food prices may benefit a commodity like potash in the short term as the higher price of food usually incentivizes farmers to fertilize more. “High crop prices incenting farmers to apply more fertilizer… World potash shipments in 2011 could climb to 55-60 million tonnes amid one of the best fertilizer application environments ever seen,” stated Patricia Mohr, Vice-President, Economics and Commodity Market Specialist at Scotiabank.

The picture for a host of base metals is not so clear. In an exclusive interview with Oil Investing News, Wayne Atwell, Managing Director of Casimir Capital, spoke about the picture for base metals in the case of high oil prices dampening growth.

“If you think about it, four or five of the last recessions have been caused by high oil prices, so if oil rises above $125-130 per barrel, there is a good chance we could have a meaningful slowdown—either a slowdown of growth or an actual recession, which would of course manifest itself in weaker metal prices,” stated Mr. Atwell.

The danger posed by high oil prices and a slowdown of economic growth has not yet scared investors away from the copper market. “The price of copper is 3 percent from its all-time high, so copper is not all that weak; it has held up quite well. Copper fundamentals are quite strong. Of course, if there is a slowdown it would be bad for all the commodities; but in an environment like we have now the underlying fundamentals for copper are quite strong,” stressed Atwell.

The case for other base metals, especially those tied with steel production such as molybdenum, manganese and vanadium, have risks associated with economic growth and consequentially steel production. “Molybdenum is around $17-18 per pound right now. Its all-time high is roughly $40 per pound. The supply and demand environment for moly is good, but not great; there is a surplus of moly capacity right now with some capacity offline. The supply and demand balance for moly right now is not as good as it is for copper.”

Mr. Atwell added, “If you the economy were to slow down, then steel demand would fall off, which would manifest itself in weaker demand for molybdenum and base metals associated with steel production.”

“The aluminum price hasn’t been very strong. It’s well off its all-time high, and as a result it doesn’t have as much down side in an economic slowdown because it’s closer to the break even point; the same could also be said for zinc. The copper price has been extremely strong.” In the case of a severe economic slowdown brought on by high oil prices, copper could have larger downside potential. “There is probably more downside for copper because it has been so strong, relative to theother base metals,” stated Atwell.

Speaking about oil supply concerns, Mr. Atwell stressed that Libya and Algeria in themselves don’t pose huge risks to oil supply, as OPEC has stated that they have excess capacity to make up for any losses from the two countries. However, if unrest spreads to other oil-producing countries in the region, disruptions could become a problem. “I don’t think these problems are going away anytime soon. You have a young population base in the region, and until these countries open up, and are friendlier to the average citizen, I think you will continue to see difficulty.”