2014 could hold some challenges for natural gas in North America, but for the most part, prices aren’t expected to veer off too far in either direction. 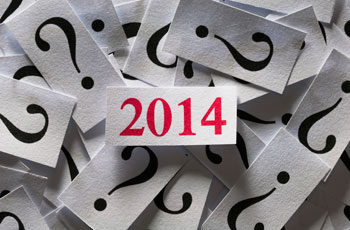 As oil and natural gas extraction technologies continue to improve, US production of these two energy fuels is expected to rise. The US Energy Information Administration (EIA) highlights in its Annual Energy Outlook 2014 that natural gas production is expected to grow steadily, increasing by 56 percent from 2012 and to 2040, when production is anticipated to reach 37.6 trillion cubic feet.

But before we can get too ahead of ourselves, let’s have a look at what analysts are saying about natural gas’ prospects for 2014.

A recent Globe and Mail article suggests that 2014 could be a big year for Canada’s oil and natural gas industry. With several big decisions regarding the future of the proposed Keystone XL and the Northern Gateway pipelines expected in the oil sector, the natural gas sector is also facing some “challenges” this year.

David Collyer, president of the Canadian Association of Petroleum Producers, told the news outlet that “[t]owards the end of 2014, we should start to get a sense of how some of the final investment decisions are playing out for some of the LNG proposals.”

Despite the National Energy Board having granted export licenses for seven liquefied natural gas (LNG) projects out of British Columbia, the federal government has announced plans to review the decisions, delaying any further action.

“In 2014, you are going to see companies move that much closer to final investment decisions in LNG — it will be an exciting period of time,” said Barry Munro, oil and gas leader at EY.

Munro went on to explain that Canada’s energy industry is stepping up to “compete for capital on a global stage,” highlighting Chevron (NYSE:CVX), which is working towards developing its Canadian LNG project in Kitimat. However, the threat of rising costs in British Columbia’s LNG industry — which the British Columbian government is expected to help clarify in February — could leave some markets biding their time on some projects.

Overall, Munro told The Globe and Mail that while the sector has enjoyed what he sees as a mini-Renaissance, it could mean that companies will be back to where there is going to be a margin. Despite the positive indicators for the industry, as it stands, low commodity prices could continue to batter junior oil and gas companies as majors make strides.

Barclays recently announced that it sees oil and gas companies spending somewhere in the area of US$723 billion in exploration and production in 2014, 6 percent more overall than in 2013. The bank sees spending in North American increasing following two years of lukewarm growth. On the other hand, outside of North America, Barclays expects exploration and production to increase by 6 percent, to US$524 billion, which is less than 2013′s 10 percent.

Reuters states that Barclays based its spending budgets for 2014 on a US$98-per-barrel Brent price, a US$89-per-barrel West Texas Intermediate price and the benchmark US natural gas price of US$3.66 per British thermal unit.

Keith Schafer, editor of the Oil and Gas Investment Bulletin, recently published his 2014 forecast for the oil and gas sector.

On that note, Schafer explains that natural gas has gone from 2 billion cubic feet per day (bcf/d) in 2009 to 12 bcf/d in 2013. That being said, “[u]ntil Marcellus production flatlines for three months, you don’t need to worry about natural gas prices moving up.” Though he does suggest that should that happen, investors should consider going long in gas.