Canada is already the largest single exporter of oil and natural gas to the U.S., and Alberta’s oil sands are the biggest single source of oil for the U.S. 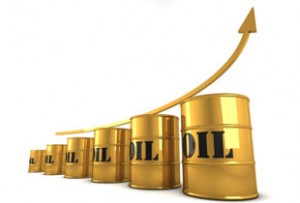 The U.S. Secretary of State Hillary Clinton has implicitly offered Alberta’s oil sands producers and investors a political tailwind for resource extraction.  Last Wednesday, she told the Commonwealth Club of San Francisco that Canada’s “dirty oil” is a better solution for future U.S. energy demands than sources from the Middle East.  She later commented that tolerating dirty oil is a reality “until we can get our act together as a country and figure out that clean, renewable energy is in both our economic interests and the interests of our planet.”

Canada is already the largest single exporter of oil and natural gas to the U.S., and Alberta’s oil sands are the biggest single source of oil for the U.S.. But environmentalists on both sides of the border have been railing for months against both the pipeline and the oil sands, which have a larger carbon footprint than conventional oil sources.

Nebraskan officials are concerned that the proposed $7 billion pipeline that plans to send Canadian crude to refineries along the Gulf of Mexico would avoid a massive water reservoir that irrigates extensive agricultural production.

The project could bring 510,000 barrels per day of crude oil to refineries in Texas and Louisiana reducing the U.S. dependence on oil from Venezuela and the Middle East.

The latest developments follow last week’s European environmental concerns which provide for a much less favourable investment climate as the comparatively high population density of Europe could mean that shale gas production will run into local opposition because of the way drilling might disrupt communities, and the way that prohibitions could target the pollution associated with drilling processes. Coal power is already struggling under tighter environmental regulations.

There was a decline in the price of U.S. crude oil futures of more than 2 percent on Thursday, as the dollar’s recovery from an earlier drop led to downside pressure while questions resurfaced about the extent of potential U.S. monetary easing.  On the New York Mercantile Exchange, December crude futures declined $1.98 or 2.4 percent to settle at $80.56 a barrel, trading from $80.09 to $82.70.

The price declines followed crude oil’s biggest daily percentage gain in more than a month on Wednesday, following a 4 percent decline the previous day, when China raised interest rates.  Early on Thursday, oil prices were pressured by data showing slower economic growth in China in the third quarter.  China’s third-quarter gross domestic product rose 9.6 percent year-on-year, the National Bureau of Statistics said.  That was slightly better than forecasts for 9.5 percent growth but down from 10.3 percent in the second quarter.

The country’s oil demand rose to the second highest on record in September, up 6.2 percent from a year earlier to about 8.68 million barrels per day, just off the June record of 8.9 million barrels per day.  China’s commercial crude oil stocks fell 3.4 percent in September versus August which was the first decline in four months, despite record-high crude imports and domestic production.

U.S. initial jobless benefit claims dropped last week and other reports showed only a modest rise in a gauge of future U.S. economic activity and a small gain in factory activity in the country’s Mid-Atlantic region.

Trade unions are still blocking about 14 fuel depots out of 200 across France as they continue to protest against an unpopular pension reform plan, the country’s industry minister said.

Traders will be monitoring Tropical Storm Richard, which formed over the Caribbean Sea and could become a hurricane by the weekend on a forecast track taking it into the Gulf of Mexico next week, according to the National Hurricane Center.