Iran’s saber-rattling in the Persian Gulf kicks off what could be a volatile year for oil markets. 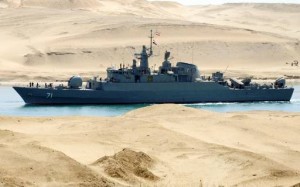 With just over a week gone in 2012, the oil sector is already facing up to what could be a volatile year. Iran’s saber-rattling in the Strait of Hormuz has sparked the year’s first case of supply jitters and is leading to concerns that an artery that transports 20 percent of the world’s crude oil could be sealed in the event of a deterioration in relations between the US and Iran.

On December 28, in the midst of naval maneuvers in the Persian Gulf, Admiral Habibolah Sayyari, commander of the Iranian Navy, declared that closing the Strait of Hormuz would “be easier than drinking a glass of water.”

Sayyari assertion followed comments from Iran’s First Vice President Mohammad-Reza Rahimi, who warned that imposing sanctions against the country’s energy sector would prompt Tehran to prevent oil cargoes from passing through the Strait of Hormuz.

The increasingly bellicose tone from Iran over the past two weeks stems from a new round of sanctions from the US, which were passed into law by President Obama on December 31 after a report from the IAEA in November indicated that Iran was pursuing a nuclear program with military aims.

The sanctions bar foreign firms dealing with the Central Bank of Iran (CBI), which handles roughly half of the country’s oil-related transactions, from access to the US financial system.

According to a research note from the Rhodium Group, previous sanctions had sought to discourage mid to long-term investment in the Iranian oil industry, with the aim of slowly debilitating a sector that provides 80 percent of its export revenues.

The IAEA report, however, sparked a renewed urgency to curb Iran’s nuclear ambitions before they manage to produce a weapon, and the news sanctions now directly target Iranian oil exports.

Tougher measures, meanwhile, are on the horizon and could soon be implemented as well.

The “Iran Threat Reduction Act,” which overwhelmingly passed the House of Representatives in December, would officially designate the CBI as an entity engaged in terrorism and proliferation, and impose severe financial restrictions on foreign companies dealing with the bank. The bill will go to the Senate in February or March, and along with an embargo of Iranian oil being mulled by the EU, could start to cripple Iran’s oil-dependent economy.

All this translates to tighter supply and higher crude oil prices, say many analysts, as key buyers shy away from Iranian output and OPEC’s reserve capacity is tapped to replace it.

Trevor Houser and Shashank Mohan, authors of the Rhodium Group research note, suggest that oil prices could jump by 21.8 percent if exports to the EU, Japan, and Korea, close allies to the US, were curbed (and not re-directed elsewhere). In the event that all of Iran’s trading partners were compelled to comply, prices could rise by as much as 47.8 percent.

To avoid such a supply-shock spike in oil prices at a time when many OECD economies are ailing, there would be significant pressure on OPEC to make up for any loss in Iranian output.

But OPEC’s spare capacity now sits at less than 3 million barrels per day (bpd), down from close to 4 million bpd at the beginning of 2011.

Analysts believe this reduced spare capacity and an expected call on OPEC will keep supply tight, even with subdued forecasts for demand in 2012 as the EU and US struggle to avoid falling back into recession.

Investment bank Macquarie Group, in a research note published on January 5, revised their previous 2012 forecasts of Brent crude and WTI up 15 percent to $116 per barrel and $106 per barrel respectively, citing political risk in Iran, demand from China, and a dependence on OPEC to balance the global oil market.