Compared to oil, gas has been rather low-key so far in 2011. 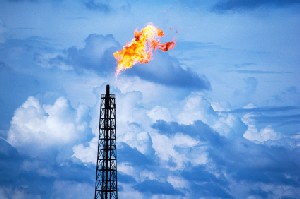 Gas has had a comparatively low-key 2011 thus far. Spot prices at the Henry Hub in Louisiana have hovered between $4-$4.50 per million British thermal units (mmBtu) for a better part of the year, only briefly touching a high of $4.92 mmBtu on June 9th, and a low of $3.70 mmBtu on March 4th.

This ongoing trend of steady, low prices began in late 2008 and has persisted as a result of stagnant US domestic demand and ample supply from both conventional sources as well as the recent emergence of shale gas.

This growth in supply, however, has not yet been matched by comparably impressive increases in demand. The EIA expects consumption in the US to average 67.4 bcf per day, just a 1.8 percent increase over 2010.

Although use of natural gas for generating electricity has increased steadily over the past decade, industrial use in the US has declined at roughly the same pace as a result of the ailing US economy and the flight of manufacturing overseas. Some analysts have indicated there will need to be a significant turnaround in this sagging industrial demand, not just further increases in electrical and residential use, in order to push up the price of gas in the short-term.

One promising sign is the EIA’s latest forecast of a 1.7 percent increase in the consumption of gas for industrial uses in 2011, but much depends on the short-term performance of the US economy, which is at its most fragile since the 2008 recession.