From Chinese export quotas to rising jewelry demand, here’s what is going on in the tungsten market. 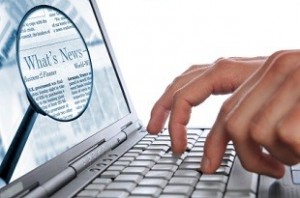 China, the world’s largest tungsten producer, rations supplies of the metal to the rest of the world. In 2009, the US, Mexico, and the EU filed complaints with the World Trade Organization (WTO) alleging that China’s export restrictions violate international trade rules. The countries also asserted that Chinese consumers have an unfair competitive advantage since their consumption is not limited by quotas.

Last month, the WTO issued a decision in favor of the western nations and ordered China to comply with the rules. How or if this will impact the practice remains to be seen. China had two months to lodge an appeal but has not yet announced if it will do so.

However, days after the WTO decision, China released fresh export quotas for the second half (H2) of 2011. All categories of tungsten, including APT, which is the most important precursor for most tungsten products increased by approximately 10 percent above 2010 H2 quotas. The one exception is a 55 percent reduction of tungsten powder (used for alloys and cemented carbide) and its products. In developed countries, 70 percent of tungsten consumption is for carbide tools and equipment.

The negative effects that were predicted from growing demand for tungsten and shrinking availability of the metal have materialized. Supply is tight and prices have more than doubled over the past two years. From January to August, China’s prices have risen 41 percent, to the current rate of about $24,581 ton (157,000 yuan/ton).

Part of the price increase for Chinese supplies is attributed to rising production costs. According to Bango Alloy Technologies, producing tungsten concentrate, for example, requires expenditures for labor, processing, environmental security, and a number of taxes and fees.

Applying further pressure on tungsten availability is the fact that off-take agreements are common in this business. These are arrangements where one party agrees to purchase future production. Earlier this year, Pierre Monet, President of Malaga (TSX:MLG), discussed details about his company’s agreement with Osram Sylvania’s Tungsten and Powders division.

One of the smaller, but historically important applications for tungsten is its use to make incandescent light bulbs. Consumption of the metal for this purpose is steadily shrinking because governments are forcing their citizens to change to more energy efficient bulbs. Countries such as Cuba, Australia and those in the EU have already phased out the bulbs or started to. California followed suit earlier this year and the rest of the US is expected to be on board by 2014. Planning to also do away with the bulbs are Russia and Canada. Hong Kong has initiated a public consultation on the matter.

Another of the smaller applications for tungsten, is jewelry making. Use of the metal for this purpose is, however, reportedly growing. Trent West, owner of multiple tungsten ring patents, says that tungsten products now account for more than 20 percent of the US wedding ring market.

Recent growth in tungsten jewelry is believed to be due in part to the soaring prices of precious metals such as gold and the strained budgets of individuals in struggling economies such as the US.

“Customers are saying they are switching because they can get the same styles [as available in gold and platinum] at lower prices,” said Vincent La Rosa, Press Officer of Tungsten World, which claims to be the largest retailer of tungsten rings. He says demand is continuing to grow because this metal is cheaper in price but not in make-up.

There are a number of new production and expansion projects currently underway or being considered. Once these projects move into the production phase, they may relieve some of the pressure on the market. However, throughout the remainder of 2011, at least, high tungsten prices are expected to prevail.