The company could start production at its Abu Dabbab project in Egypt by 2016. 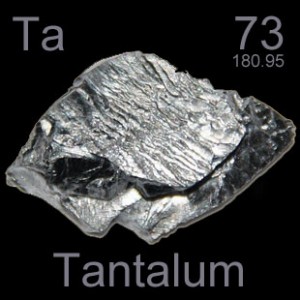 The news that Gippsland (ASX:GIP) has signed a US$7-million conditional financial agreement with Egyptian businessman Ashraf Henin and Taiwan’s Foxxtel means the company could start production at its Abu Dabbab tantalum-tin-feldspar project in Egypt by 2016.

Gippsland has been struggling to find funding for the project, and recently developed a two-stage plan known as the 400K Plan after it wasn’t able to gain traction on its original 2- to 3-million-tonne mining plan.

After going back to the drawing board, the company devised the 400K Plan based on existing feasibility study testwork and equipment selection data focused around the existing plant, site infrastructure and services from its alluvial tin operations at Abu Dabbab, which closed in September 2014.

Moving forward from past issues

Gippsland has had some problems in the recent past. As mentioned, its alluvial tin operations at Abu Dabbab recently closed, reportedly due to technical and productivity issues. Interestingly, the company has concluded that the closure was in fact a good thing, as it has allowed it to focus on its current ventures at Abu Dabbab.

While investors may still be a little shaky after that fumble, seeing a stronger revised plan for the project should offer some relief that Abu Dabbab is headed in the right direction.

“The 400K Plan opened up all kinds of new investor opportunities and we are very pleased to be working with Mr Ashraf Henin and gain the benefit of his local expertise to finally establish this business,” Managing Director Mike Rosenstreich said in Thursday’s press release. “We are very grateful to the entire TE Board and shareholders for their strong support and patience to get to this stage as well as to Gippsland shareholders and Chairman, Ian Gandel for his faith to continue to fund the Company to this point.”

At close of day Thursday, Gippsland’s share price was sitting at AU$0.003.